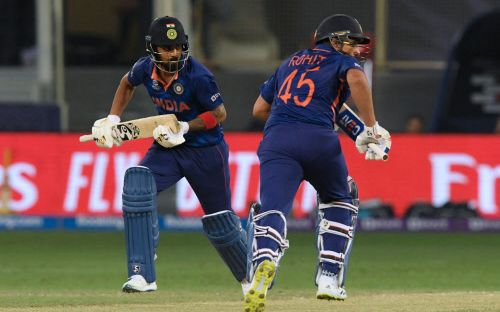 Mumbai: The All-India Senior Selection Committee has picked a 16-member squad for the upcoming T20I series against New Zealand. India is set to play three T20Is starting from November 17, 2021.

Rohit Sharma will be leading the side after Virat Kohli stepped down as the skipper of the T20I side. Kohli had the T20 World Cup as his last assignment as skipper in the shortest format of the game.

New Zealand will play a T20I series and then follow it up with two Test matches. The T20Is will be played on November 17 in Jaipur, November 19 in Ranchi and November 21 in Kolkata. The two Tests will be played in Kanpur (November 25-29) and Mumbai (December 3-7).

The Committee also picked the India 'A' squad for the South Africa tour scheduled to start from November 23, 2021, in Bloemfontein. The team will play three four-day matches during the tour.

Talks that ODI cricket is losing its appeal are nonsense: Rohit Sharma

1st ODI: All eyes on skipper KL Rahul as India get ready to steamroll Zimbabwe

IND v ZIM: Was pumped up to be in pressure situation, says Samson on unbeaten ...

Thalassery native to captain UAE team fighting for a place in Asia Cup ...