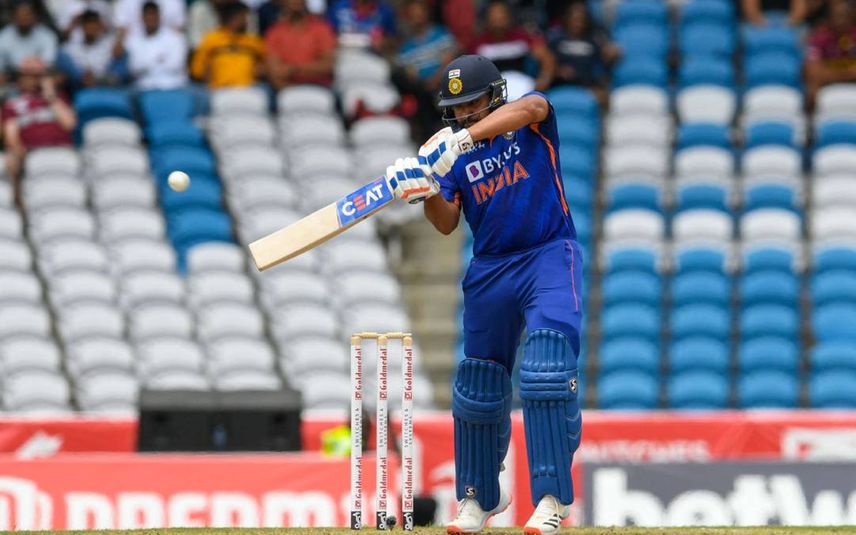 TAROUBA, Trinidad: India extended its winning streak on the tour of the West Indies with a 68-run victory on Friday in the first of five Twenty20 internationals.

India, which swept the three-match one-day international series, chose to bat first and scored a competitive 190-6.

Captain Rohit Sharma hit 64 in 44 balls at the top of the innings and No. 7 Dinesh Karthik was 41 not out off only 19 deliveries, with four fours and two sixes. Karthik and Ravichandran Ashwin (13 not out) shared an unbroken seventh-wicket partnership of 52 runs.

Karthik was player of the match.

Two India players failed with the bat — No. 3 Shreyas Iyer was out for a four-ball duck and Hardik Pandya scored 1.

Brooks was bowled by medium pacer Bhuvneshwar Kumar, who had bowling figures of 1-11 from his two overs. Arshdeep Singh (2-24), Ravi Bishnoi (2-26) and Ashwin (2-22) all contributed wickets from four overs each.

The second T20 game is at Basseterre, St. Kitts and Nevis, on Monday with a third match at the same venue on Tuesday.

The last two matches of the T20 series will be played at Lauderhill in Florida.

KL Rahul to miss out T20I series against West Indies