In a reversal to the original schedule, the Indian cricket team will now start the series against Sri Lanka with T20Is and then play the Test matches, after a request from the visiting side. 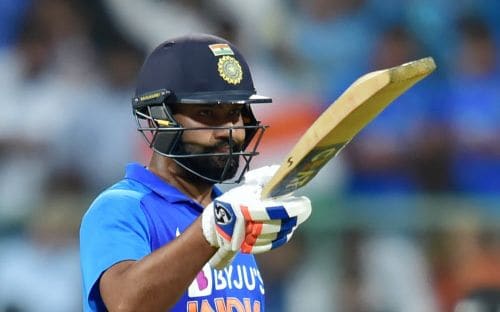 New Delhi: In a reversal to the original schedule, the Indian cricket team will now start the series against Sri Lanka with T20Is and then play the Test matches, after a request from the visiting side.

The Sri Lankan Cricket (SLC) had earlier requested BCCI to shift the T20I series before the Test matches to allow a smoother bubble-to-bubble transfer of their T20I squad, who will have just concluded a series in Australia.

The dates for the series are still being tweaked, but the BCCI appears to have agreed to Sri Lanka Cricket's request, an ESPNcricinfo report said.

This change in the dates also means that Virat Kohli will not play his 100th Test in Bengaluru, a prospect that was on the cards after he finished the South Africa tour with 99 Tests.

The first Test will now be played in Mohali, with the M Chinnaswamy Stadium, which has now upgraded its flood lights, set to host the tour-ending pink-ball Test.

On the other hand, Dharamsala is likely to open the tour with the first two T20Is before the teams move to Mohali for the final game.

It has been learnt that the board is reluctant to schedule the day-night Test in Mohali owing to fog and heavy dew in northern India in winters. Another reason for the change as per a Karnataka State Cricket Association official is Bengaluru offers direct connectivity to Colombo, which would then allow Sri Lanka to fly home without a stopover.

Reluctant for long to host pink-ball Tests, the BCCI has organised only two pink ball Test matches in India till now.