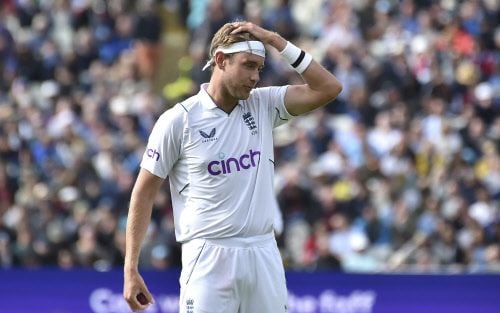 Birmingham: Stuart Broad set a new if unwanted record by conceding 35 runs in a Test over, against India at Edgbaston on Saturday.

Stand-in India captain Jasprit Bumrah did the bulk of the damage by hitting 29 runs off the bat in an over from Broad that also featured five wides and a no-ball struck for six.

The previous most runs scored in a Test over was 28, a feat achieved three times in the format's 145-year history.

Resuming on 338/7, India added 78 runs for the loss of the remaining three wickets during the opening session of the day.

The overnight pair of Jadeja and Mohammed Shami (16) added 33 runs in 40 balls before skipper Jasprit Bumrah played an excellent cameo, blasting an unbeaten 31 off 16 balls to take India across the 400-mark. AFP