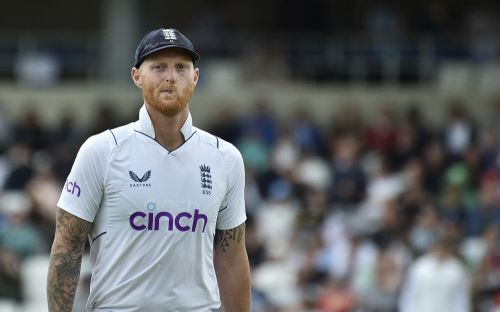 Birmingham: England opted to bowl first against India after Ben Stokes won the toss for Three Lions in the Birmingham Test at Edgbaston Stadium here on Friday. Meanwhile, it is learned that the BCCI president Sourav Ganguly and other top officials are expected to come and witness India versus England match.

The rescheduled match is a part of last year's five-match Test series that had to be delayed after the fourth Test due to a COVID-19 outbreak in the Indian camp. India lead the series 2-1.

India are on the brink of securing their first Test series victory in England since 2007. However, they face an England side riding high on momentum under the new leadership of coach Brendon McCullum and captain Ben Stokes.

They swept New Zealand - the reigning ICC World Test Championship winners - 3-0 at home. India will only have played one warm-up match against Leicestershire heading into the Test.

England have adopted a high-risk, high-reward strategy under McCullum and Stokes, a move that helped them secure convincing victories against New Zealand.

England has also announced the playing XI for the fifth Test.