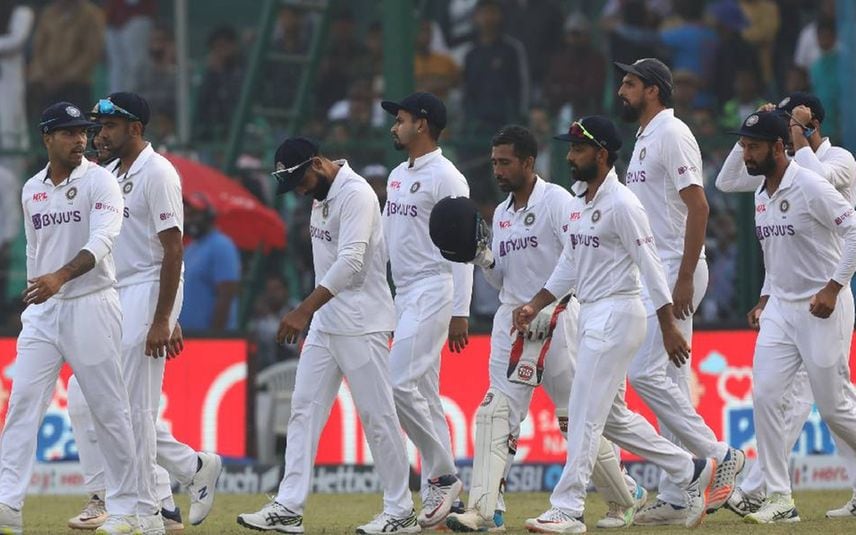 Kanpur: Chasing 284, New Zealand were 79 for one in their second innings at lunch on the fifth and final day of the opening Test against India here on Monday.

Tom Latham (35) and William Somerville (36) were at the crease at the break with New Zealand still needing 205 runs to win with nine wickets in hand.

New Zealand were 4 for 1 at stumps on Sunday after India declared their second innings at 234 for 7, riding on Shreyas Iyer's 65 and Wriddhiman Saha's unbeaten 61.

Opener Will Young (2) was the only wicket to fall for the visitors after he was trapped infront by Ravichandra Ashwin on Sunday.