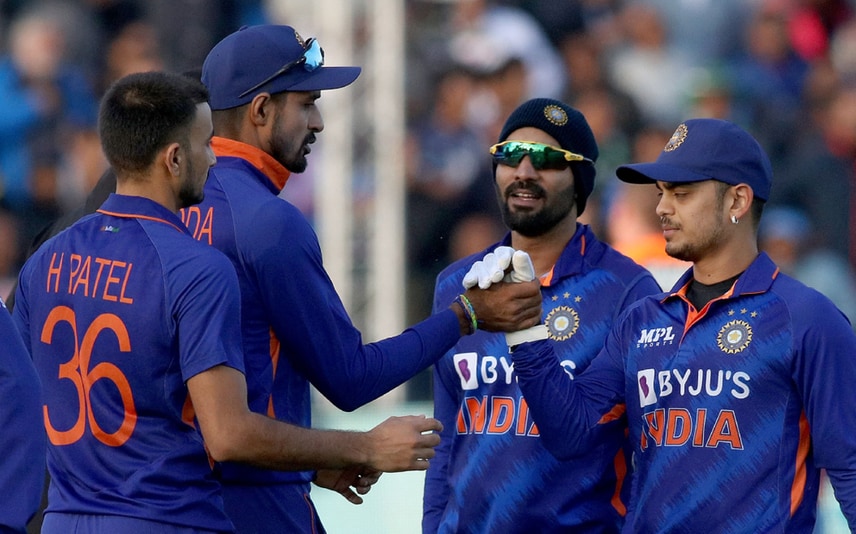 Ireland: Pacer Umran Malik held his nerve on the final ball as India beat Ireland by four runs in the second and last Twenty20 international on Tuesday.

India scored 225-7 after choosing to bat first and Ireland gave the visitors a scare by reaching 221-5 in reply.

Deepak Hooda hit 104 in 57 balls, including nine fours and six sixes, in his first T20 ton for India. He shared a second-wicket stand of 176 with Sanju Samson, whose 42-ball 77 had nine fours and four sixes.

Hooda propped up India’s innings before Josh Little (2-38) took his wicket and Ireland then pinned the visitors back at the death as Dinesh Karthik, Axar Patel and Harshal Patel all went for ducks.

Paul Stirling and captain Andrew Balbirnie got Ireland's chase off to a good start with 72 runs in 5.4 overs.

Stirling scored 18 runs in the first over, clobbering Bhuvneshwar Kumar (1-46) for a six and three fours after two dot balls. He hit an 18-ball 40, with five fours and three sixes, before he was bowled by legspinner Ravi Bishnoi (1-41).

Ireland was still competitive at the halfway stage with 107-2 but lost Balbirnie in the 11th over, out for a 37-ball 60.

India looked set to win comfortably before a late comeback from George Dockrell (34 not out) and Adair (23 not out) put Ireland within touching distance of victory.

Ireland still needed 17 runs at the start of the last over, eight from the last three deliveries and six from the final ball to win but Malik (1-42) restricted Adair to a single and India swept the series 2-0.

It was Ireland's second-highest total in men’s T20 games, just behind 225-7 against Afghanistan in 2013.

Ireland kept the same side from the first T20 which it lost by seven wickets. India replaced Yuzvendra Chahal, Avesh Khan and an injured Ruturaj Gaikwad with Bishnoi, Harshal Patel and Samson.

Big opportunity for me, got rewarded for my hardwork: Rahul Tripathi