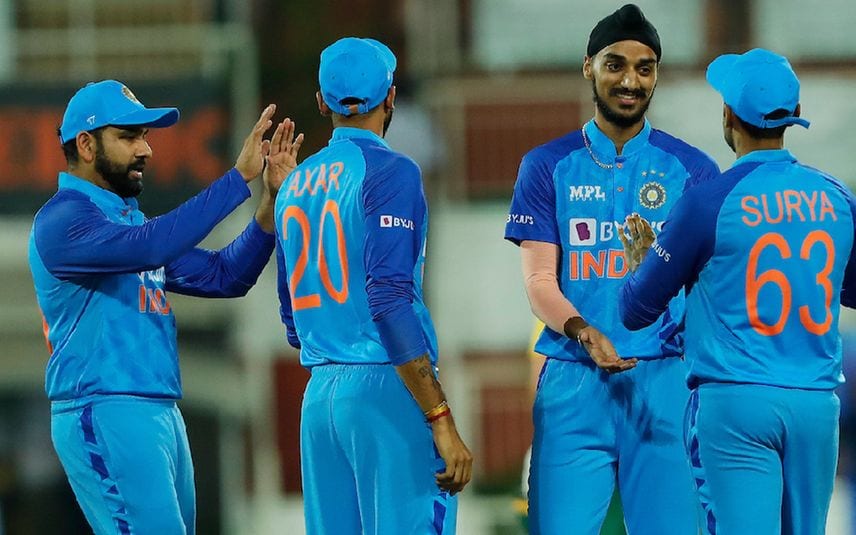 NAGPUR: India won the toss and chose to field against Australia on Friday with their second Twenty20 reduced to eight overs per team.

The toss was delayed by nearly three hours after a wet outfield at VCA Stadium. The game finally started at 9:30 p.m. local time — 2 1/2 hours after the scheduled start of play.

There is a two-over power play and bowlers are limited to a maximum of two overs.

India made two changes. Fit-again Jasprit Bumrah came in for Umesh Yadav. The hosts were also playing an additional batter with Rishabh Pant in for pacer Bhuvneshwar Kumar.

Australia also made two changes. Daniel Sams came in for the injured Nathan Ellis and batsman Josh Inglis made way for allrounder Sean Abbott owing to the curtailed game.

Heavy rain during the week in Nagpur stopped Friday but the outfield did not dry up in time for the game to start on time.

Australia leads the three-match T20 series 1-0 after winning a high-scoring opener in Mohali by four wickets.