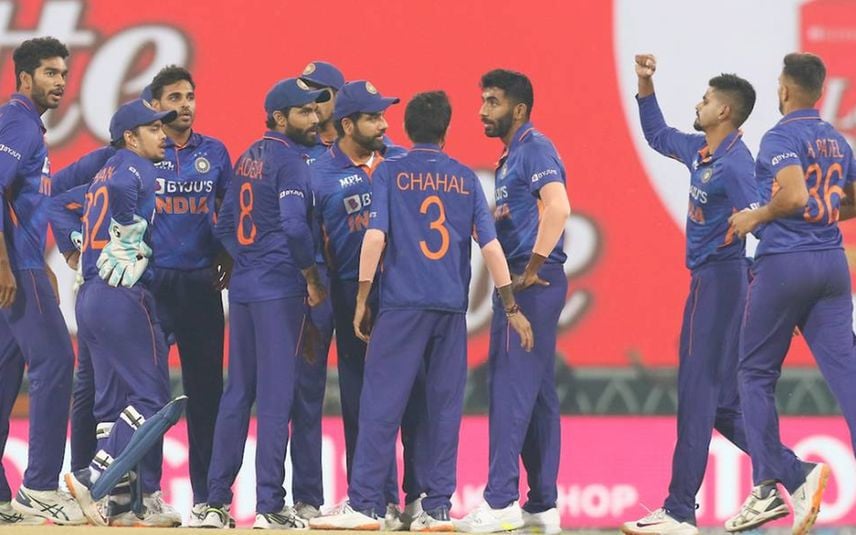 India scored 52 runs in the last four overs as the hosts reach 199 with Shreyas scoring 57 in 28 balls.

Put in to bat first, India got off to a firing start as Ishan's flurry of boundaries helped the hosts reach 47 in the five overs.

It was a solid start from India as Rohit Sharma and Ishan Kishan scored 58 in the powerplay. The duo continued firing before Lahiru Kumara removed Rohit in the 12th over as India reached 111/1.

Meanwhile, Ishan continued slogging and took India's score over the 150-run mark, however, Shanaka dismissed him in the 17th over.

In the end, Shreyas and Ravindra Jadeja stitched an unbeaten 44-run stand to help India post a mammoth total of 199/2. Sri Lanka need 200 runs to win the first T20I