All-rounder Deepak Hooda took four wickets, including three in the final over, while Yuzvendra Chahal and Mohammed Siraj starred with two wickets each as India beat New Zealand by 65 runs to win the second T20I at Bay Oval in Mount Maunganui on Sunday. 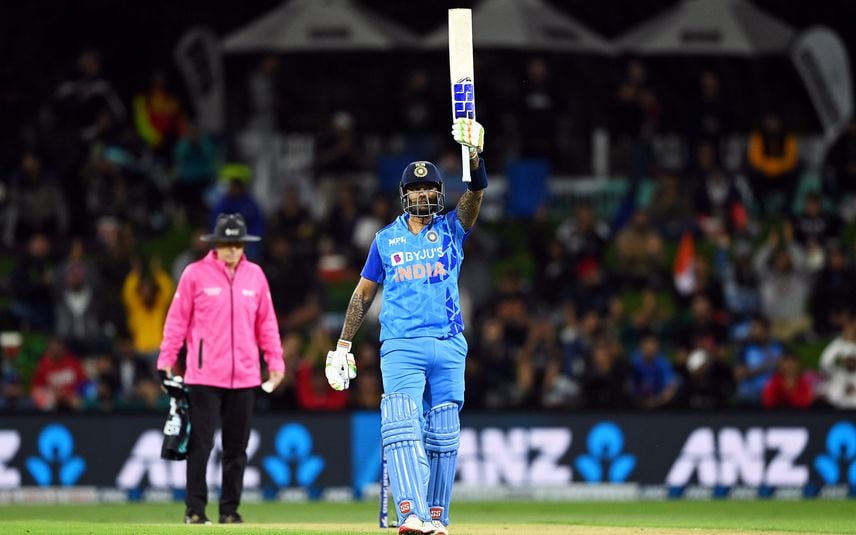 Mount Maunganui: All-rounder Deepak Hooda took four wickets, including three in the final over, while Yuzvendra Chahal and Mohammed Siraj starred with two wickets each as India beat New Zealand by 65 runs to win the second T20I at Bay Oval in Mount Maunganui on Sunday.

After Suryakumar Yadav, the top-ranked T20I batter, hit 11 fours and seven sixes all over the park at a strike-rate of 217.65 to be unbeaten on 111 off 51 balls, his second T20I century and propel India to a challenging 191/6, New Zealand just never got going with the chase and were bowled out for 126 in 18.5 overs.

India struck on just the second ball of defending 191 as Bhuvneshwar Kumar enticed Finn Allen to go for a drive and edge flew to running third man. Devon Conway and Kane Williamson hit six boundaries, including taking 17 runs off Washington Sundar's first over of the match.

But India bounced back as Conway mistimed a sweep to deep backward square leg off Sundar in the ninth over. Glenn Phillips hammered a four and six, but was clean bowled by Yuzvendra Chahal while going for a slog-sweep.

The scoreboard pressure then led to Daryl Mitchell and James Neesham holing out to long-on in quick succession. Williamson held one end but was in a painful struggle at the crease, unable to get the big hits and forced to go slow against the spinners.

As Mohammed Siraj caught a leading edge from Mitchell Santner's bat in his follow-through, the result was a foregone conclusion. Though Williamson got his fifty with a pulled six over deep backward square leg and then punched beautifully between mid-off and extra cover for four more off Siraj, it was too little too late for New Zealand.

Williamson's scratchy stay came to an end when an under-edge on a swipe across the line crashed into the stumps off Siraj in the 18th over. Deepak Hooda took the last three wickets in four balls to get a convincing win for India.