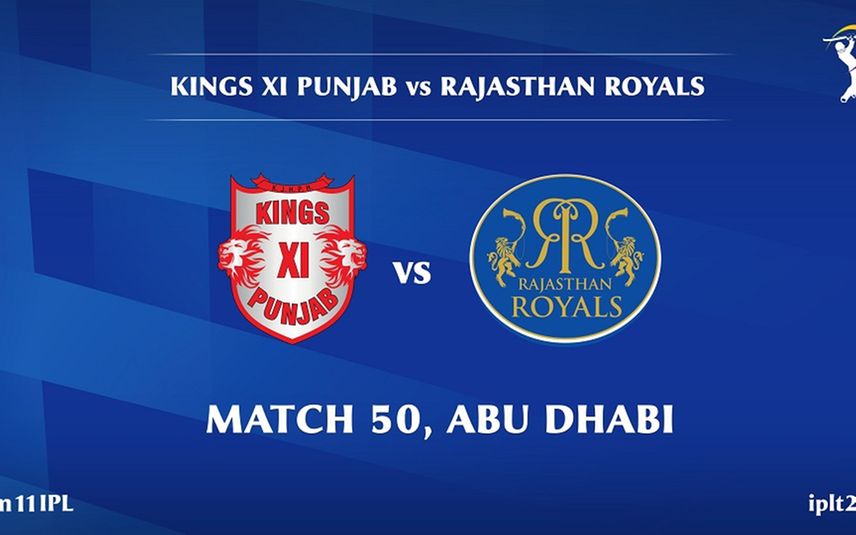 Abu Dhabi: With five wins on the trot, a rejuvenated Kings XI Punjab (KXIP) will look to further boost their playoff hopes when they face Rajasthan Royals (RR) in the 50th match of the Indian Premier League (IPL) on Friday.

KXIP captain KL Rahul (595 runs from 12 matches) has been leading the batting from the front and has received good support from his opening partner Mayank Agarwal, who missed last two games due to bruised knee.

Mandeep Singh has filled in for Agarwal in the last two games and scored an unbeaten 66 in his previous match in which KXIP beat Kolkata Knight Riders by eight wickets.

Meanwhile, in-form Chris Gayle (177 from 5 matches) has also been quite impressive. Nicholas Pooran and Glenn Maxwell have managed to provide stability in the middle order for KXIP in their recent matches.

On the other hand, the Steve Smith-led Royals will be riding high on confidence after their stunning victory over Mumbai Indians (MI), one of the strong contenders of this year's title.

RR's biggest concern was the lackluster show of Ben Stokes (217 runs in six matches) and Sanju Samson (326 from 12 games). However, the duo dusted off their rustiness with a bang against MI. Stokes and Samson were unbeaten on 107 and 54 respectively as they put up a partnership of 152 for the third wicket.

Opener Robin Uthappa has struggled with the bat and has to find the rhythm back as early as possible. Captain Steve Smith, once again, will be in-charge of laying the foundation while Riyan Parag and Rahul Tewatia would have to come up with fireworks down the order.

Meanwhile, Tewatia also needs to click with the ball. RR's bowling has been dependent solely on Jofra Archer (17 wickets from 12 games) who will once again try to pose some serious threat for the Punjab batters.

Kartik Tyagi, Ankit Rajpoot, and Shreyas Gopal would need to provide an able support to Archer with breakthroughs at regular intervals. The last time the two teams met, the Royals registered a four-wicket win.