U19 WC: Ahead of final against England, Virat Kohli interacts with Indian players 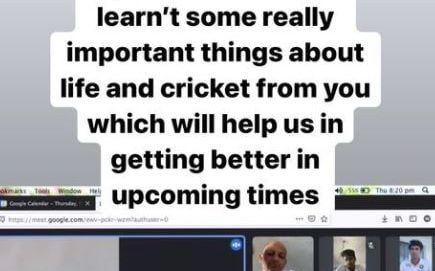 St John's [Antigua]: Ahead of the upcoming final against England in the ongoing U19 World Cup, Virat Kohli interacted with the members of the Indian squad.

Members of the current India U19 team, Kaushal Tambe and Rajvardhan Hangargekar, posted Instagram stories of Kohli interacting with the side.

"It was really good to interact with you @virat.kohli bhaiyaa. Learnt some important things about life and cricket from you which will help us in getting better in upcoming times," Hangargekar wrote in his Instagram story. 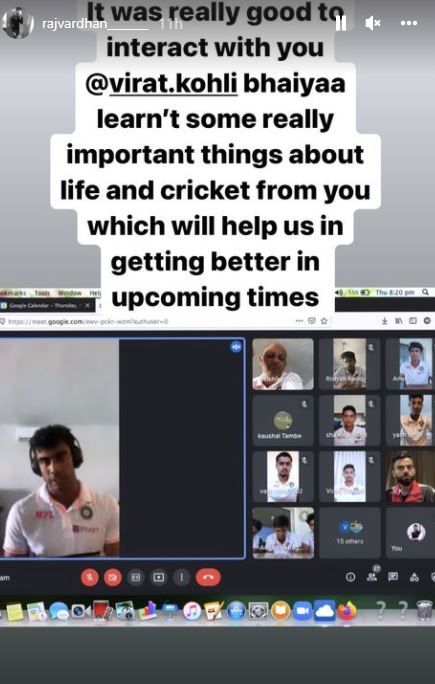 On the other hand, Tambe said: "Some valuable tips from the GOAT ahead of the finals."

Yash Dhull and Shaik Rasheed's knocks with the bat were supported by a spirited bowling performance as India defeated Australia by 96 runs in the second semi-final of the ongoing U19 World Cup here at the Coolidge Cricket Ground.

India will now lock horns against England in the final of the tournament on Saturday.

Shaik Rasheed and Yash Dhull put on the second biggest partnership of the tournament, adding 204 runs for the third wicket after a shaky start for the Men in Blue.

Australia never got going in their reply to 290 as leading wicket-taker Vicky Ostwal took three for 42 with Australia eventually bowled out for 194.

They will now face Afghanistan in the 3rd/4th place play-off on Friday before the grand finale between England and India on Saturday. ANI