He's off Christmas card & present list: Stuart Broad on his father who penalised him

Stuart Broad has been fined 15 per cent of his match fee for using inappropriate language against Yasir Shah during the first Test at Manchester by his dad, match referee Chris Broad. 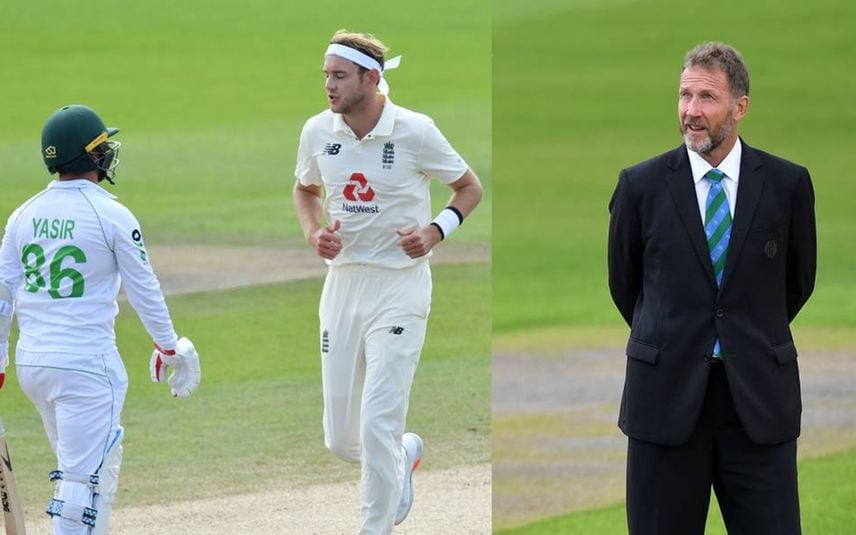 Southampton: Veteran England pacer Stuart Broad, who has been fined by his father and match referee Chris Broad for breaching ICC Code of Conduct during the first Test against Pakistan, has come up with a hilarious reaction.

Cricket fans' group England's Barmy Army on Tuesday took to Twitter and wrote," Stuart Broad fined and given a demerit point by his dad, match referee Chris Broad! Looks like we might need to change the words to his song slightly."

To this, the 34-year-old fast bowler replied: "He's (father) off the Chrismas card and present list."

Broad has been fined 15 per cent of his match fee for using inappropriate language against Yasir Shah during the first Test at Manchester which England won by three wickets to take a 1-0 lead in the three-match series.

The incident occurred in the 46th over of Pakistan's second innings of the match when Broad used inappropriate language after dismissing Shah, stated an ICC media release.

In addition to the fine, one demerit point has been added to the disciplinary record of Broad, for whom it was the third offence in a 24-month period, taking his cumulative demerit points to three. Broad's previous breaches were on January 27 this year during the fourth Test against South Africa at the Wanderers, and on August 19, 2018 in the third Test against India at Trent Bridge.

Broad admitted the offence and accepted the sanction proposed by Chris Broad of the Emirates ICC Elite Panel of Match Referees and ratified by the ICC Cricket Operations department as per the COVID-19 interim playing regulations. There was no need for a formal hearing.

Level 1 breaches carry a minimum penalty of an official reprimand, and a maximum penalty of 50 per cent of a player's match fee, and one or two demerit points.