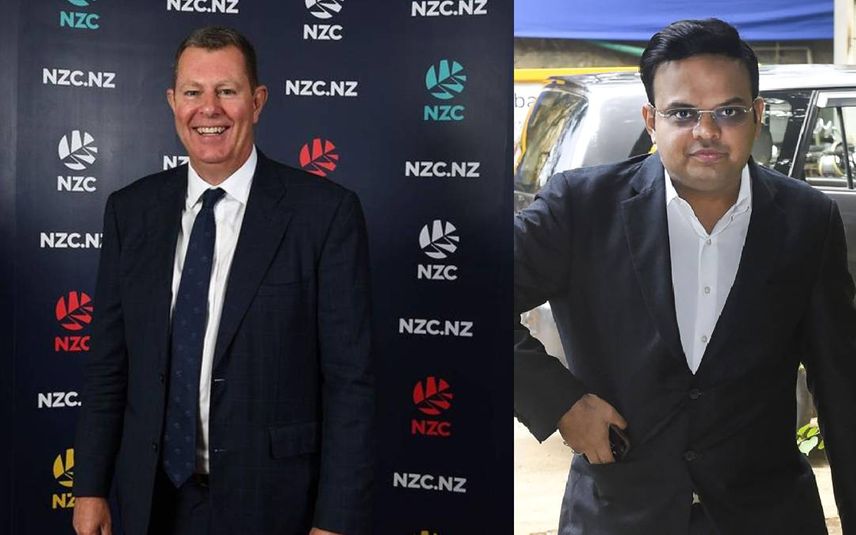 Melbourne: New Zealand's Greg Barclay was on Saturday unanimously re-elected as chairman of the International Cricket Council (ICC) for a second two-year term.

Besides Barclay's re-election, BCCI secretary Jay Shah was elected as the head of ICC's all powerful Finance and Commercial Affairs (F&CA) committee at the board meeting.

Barclay was unopposed following the withdrawal of Zimabwe's Tavengwa Mukuhlani from the process, and the ICC Board reaffirmed its full support to the New Zealander to continue at the helm.

"It is an honour to be re-elected as the Chair of the International Cricket Council and I would like to thank my fellow ICC Directors for their support," said Barclay on his re-appointment.

“Over the last two years we have made significant strides forward with the launch of our global growth strategy that provides clear direction to build a successful and sustainable future for our sport.

“It is an exciting time to be involved in cricket and I look forward to continuing to work closely with our Members to strengthen the game in our core markets as well as grow it beyond that, ensuring more of the world can enjoy cricket.”

Barclay, an Auckland-based commercial lawyer, was originally appointed as the ICC Chair in November 2020. He was previously the Chair of New Zealand Cricket (NZC) and was a director of the ICC Men's Cricket World Cup in 2015.

He being elected unopposed also means that he had the backing of the mighty BCCI in the 17-member board.

“I would like to congratulate Greg on his re-appointment as ICC Chair, as the continuity his leadership will provide is in the best interests of the sport. I therefore decided to withdraw my candidacy,” said Mukuhlani.

Shah will have the responsibility of heading ICC's most important committee. Al the major financial policy decisions are taken by the F&CA committee before it is ratified by the ICC board.

"Each and every member accepted Jay as the head of F&CA committee. This is an equally powerful sub committee apart from the ICC chair (Greg Barclay)," an ICC source told PTI on conditions of anonymity.

It includes the revenue sharing among the member nations and also the various major sponsorship deals that the global body inks through the year.

The F&CA committee is always headed by an ICC Board member and Shah's election makes it clear that he will represent the BCCI on the ICC Board.

The F&CA head's position used to be India's during the N Srinivasan era but during Shashank Manohar's tenure as ICC chairman, the BCCI's power and might had significantly reduced.

In fact during the Committee of Administrators' tenure, there was a point when BCCI didn't even have any representation in the F&CA committee.

Former BCCI president Sourav Ganguly was a member of the F&CA committee till last year.

"India is a commercial hub of global cricket with more than 70 percent sponsorship coming from the region. It is imperative that an ICC F&CA should always be headed by BCCI," the ICC source said.