Giving up captaincy: Kohli takes a leaf out of Sachin's career 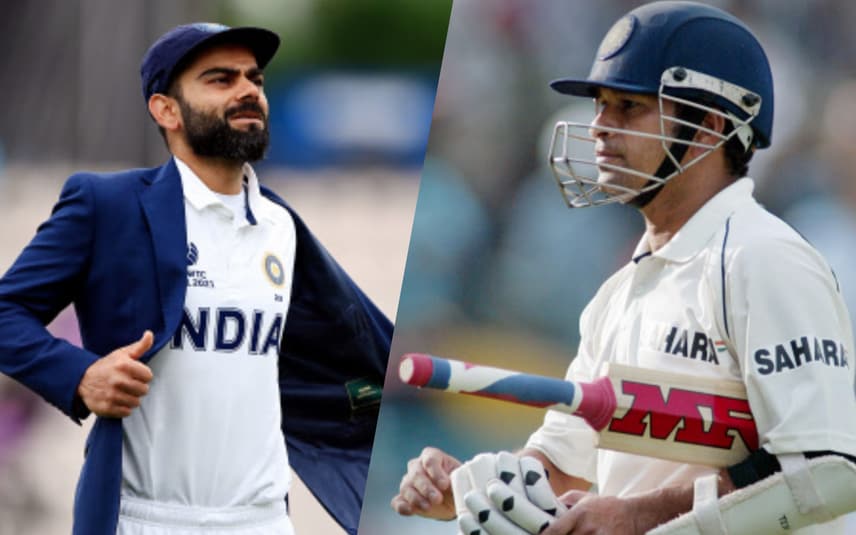 Virat Kohli is perhaps the most celebrated sportsperson the country has ever seen, even if we take a look at his achievements in a nutshell or measure it up against other cricket greats. Looking back at his seven-year stint as test captain of the Indian cricket team gives us a particular idea of how good a player he is, let alone a captain. Until 2019, he averaged a century almost every five test innings, exhibiting his pedigree as a leader among his compatriots. His recent slump in form and the century drought left us wondering what’s next for Kohli. Well, that was what happened. Kohli finally quit his captaincy following the disappointing series loss against South Africa.

His announcement brings back the memories of a similar scenario that unfolded two decades ago when Sachin Tendulkar was stripped of captaincy without a word with him. Similar to how BCCI sidelined Kohli and appointed Rohit Sharma as the T20I skipper shows us how cricket bureaucracy has evolved in our country. In 1997, Sachin was sidelined by BCCI and replaced with Mohammed Azharuddin as the captain of the Indian cricket team.

In his autobiography, Sachin described the moment from 1997 and the pain and humiliation he had felt at the time.

A team led by Sachin touring the West Indies in 1997 also faced a similar dilemma when the Indian cricket team faced in South Africa recently. After drawing the opening two Tests, the Indians seemed to be heading for a victory in the third, chasing a mere 120. But in an unexplainable manner, India was bowled out for 81. Sachin later mentioned that at this moment he thought about retiring from cricket. Such a similar scenario was unfolded in front of Kohli, with the team India's poor performance in all formats. But it is foolish to even consider Kohli from being sidelined for these defeats. Whatever unfolded behind the stage, Kohli stepping down from his role as captain can only be termed as a Himalayan blunder that would likely affect Team India as a whole.

Since his first Test of the Australian tour in December 2014 (when Dhoni was not part of the Indian team at Adelaide due to an injury), Kohli has proved that he is capable of greater things than mere a legendary player.

Kohli went on to become the most successful Indian captain in Test matches, with 36 wins and 14 losses, and in the process becoming the most capped Test skipper. Regarded as a fortress, Australia was always a location where India failed to win. However, Kohli managed to become the first Indian skipper to win a Test series in Australia. In 2017, Kohli achieved another milestone as a captain when he became the only skipper to hit seven double hundreds in Test matches. All together, Kohli had managed to surpass his predecessors, with silverware and records that could place him among the best captains the sport has ever seen.