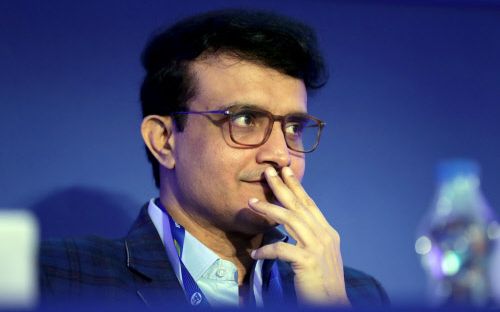 New Delhi: Outgoing BCCI chief Sourav Ganguly will be back as the president of his state unit, the Cricket Association of Bengal (CAB), the former India captain said on Saturday.

Ganguly, who had to step down from the BCCI president's post as there is no precedence of anyone continuing in the top job for more than three years, had been the CAB president for four years between 2015 to 2019 before coming to the apex body.

"Yes, I will be contesting the CAB polls. I plan to file my nomination on October 22. I have been in CAB for five years and as per Lodha rules, I can continue for another four years," Ganguly told PTI.

There was a strong buzz that Ganguly's elder brother Snehasish would contest in place of Avishek Dalmiya for the top post, but the former India player's nomination changes a lot of equations.

"I will finalise my panel on October 20. Let's see," Ganguly said.

Those who are tracking the developments feel that a lot will depend on what kind of decisions the powers that be in the BCCI take on the ICC chairmanship.

"With Sourav, there will always be an element of drama involved. In 2019, he beat Brijesh (Patel) for BCCI president's post in a literal photo finish with power equations changing at last moment," a senior BCCI official and a close witness to the events then told PTI on the condition of anonymity.

"Don't forget that there is an ICC chairman's nomination to be filed on October 20. Whether the powerful people in the BCCI have a change of heart, is the question," he said.

As of now, Ganguly's chances of becoming the BCCI nominee for the ICC chairmanship is less than 10 percent, if one goes by the mood in the Board.

If there is no change in heart among the BCCI mandarins, then Ganguly as CAB president would mean that he would remain relevant in the Board's administrative corridors in some capacity, being their representative at the various board meetings.

But there are a lot of equations that are always at play, and the picture will only be clear post the BCCI's Annual General Meeting (AGM) on October 18 in Mumbai.

There were rumours that Ganguly stepped down in acrimonious circumstances, but the soon-to-be IPL chairman Arun Dhumal in an interview to PTI rubbished them. PTI