Dominic Sibley had accidentally applied saliva on the ball and the home side brought the matter immediately to the notice of the umpires, who went ahead and sanitised the ball. 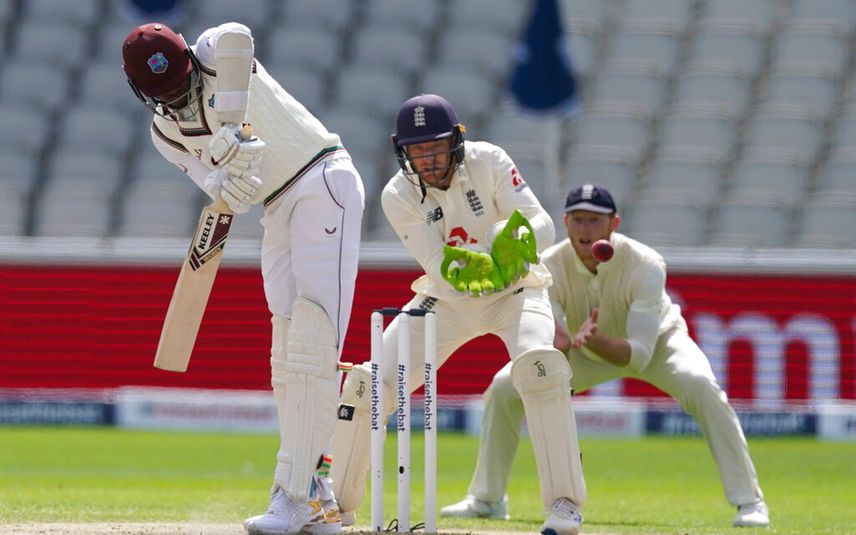 Manchester: The on-field umpires were forced to disinfect the match ball after Dominic Sibley inadvertently applied saliva on the cherry during the fourth day of the second #raisethebat series between England and West Indies at Old Trafford in Manchester on Sunday.

Before the start of the 42nd over of the visitors' innings, umpire Michael Gough was seen unwrapping a tissue and he subsequently rubbed it on both sides of the ball.

It was later revealed that Sibley had accidentally applied saliva on the ball and the home side brought the matter immediately to the notice of the umpires, who went ahead and sanitised the ball.

The International Cricket Council's (ICC) Cricket Committee chaired by Anil Kumble had earlier recommended banning the usage of saliva to polish the match ball in the wake of coronavirus pandemic.

They had also noted that the risk of spread of the virus through sweat is 'highly unlikely' and 'saw no need to prohibit' the practice.

According to the ICC protocols, a team will recieve a warning first in case of inadvertent or deliberate use of saliva on the match ball. Following two such warnings, the team will be handed a five-run penalty.

West Indies currently lead the three-match series 1-0 following their four-wicket win in the first Test. Jason Holder's troops will retain the Wisden Trophy if the series ends in a draw as they had won the previous series in the Caribbean Islands.