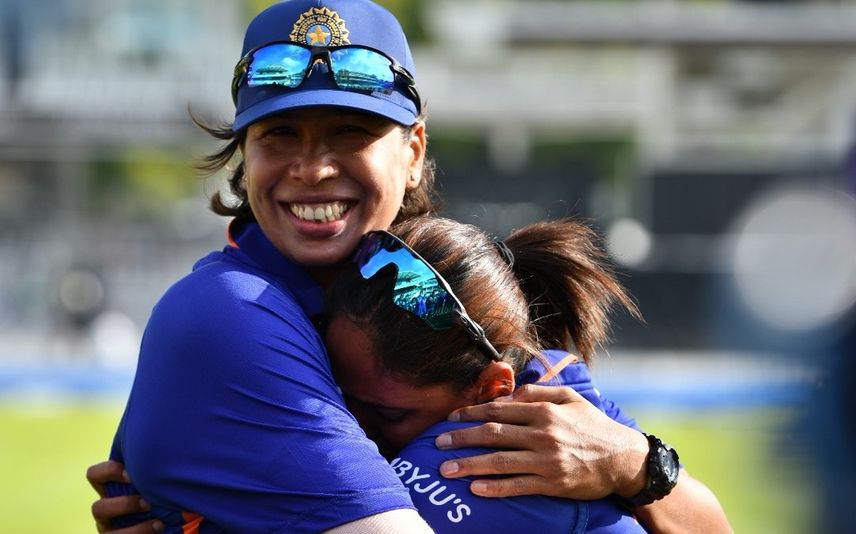 London: Amy Jones-led England won the toss and opted to field first against India in the third and final match of the three-match ODI series here at iconic Lord's ground on Saturday.

India stalwart Jhulan Goswami will be bidding farewell to her international career after this match. India legend Jhulan Goswami has decided to hang her boots after the ODI series against England at the iconic Lord's. The storied career that began against England in Chennai comes to an end against the same opposition in London.

England skipper Amy Jones said at the time of toss, "it's an honour to play at Lord's and hopes it'll become a more regular feature in the future. On Tammy, it's been a brilliant journey, it was an emotional journey. It's all going on as it's the last day for the coach too. Hopefully, we will take it all in and enjoy the situation. I've enjoyed captaincy more than I thought, it has been a challenge. Hope to have Heather back soon."

India stalwart Jhulan Goswami came out to talk instead of captain Harmanpreet Kaur at the time of toss and said, "thanks to BCCI and Cricket Association of Bengal, my family coaches captains, thanks for this opportunity it's a special moment. I started in 2002 against England and will also be ending it in England. The most important thing is we are 2-0 up in the series."

"Each and every moment has a lot of emotions. In 2017 WC, we came back and fought, nobody initially thought we would get into the final, the way we played that tournament was something different. From there women's cricket in India, slowly gradually it picked up and now we have our own path and we can motivate young girls to play sports and have a career in cricket," she added.

"I have to [keep my emotions in check] because I can't come with emotion on the cricket field. My character is ruthless, you have to play hard cricket and give your best. A lot of teammates, people like Harman and Smriti, have seen me, with ups and downs, we've fought and stayed together through ups and downs. It's good that the emotions come out early and after we can come back fresh for the game. I'm happy to see the way Harman and Smriti have carried this team. The way Harman's batting has been great. She's different, on her day it's difficult to get her out. Some days, it's difficult for me to get her. I'm glad about the way players like Yastika and Harleen are coming. Hope they come well in the future," Jhulan said.