With regular skipper Rohit Sharma ruled out of Edgbaston Test due to Covid-19, India now have a selection puzzle to solve. With Shubman Gill now a certainty to open the batting as K.L Rahul underwent a sports hernia surgery in Germany, Sharma's absence meant India will be without their top two run-scorers from the four Tests played last year. 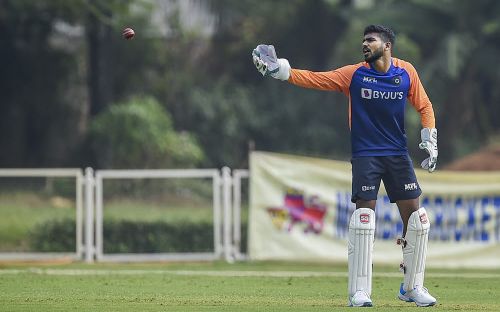 Birmingham: With regular skipper Rohit Sharma ruled out of Edgbaston Test due to Covid-19, India now have a selection puzzle to solve. With Shubman Gill now a certainty to open the batting as K.L Rahul underwent a sports hernia surgery in Germany, Sharma's absence meant India will be without their top two run-scorers from the four Tests played last year.

In 2021, India took a 2-1 lead, majorly on the back of Rohit Sharma and K.L Rahul providing solidity and getting the big runs as an opening pair apart from the bowling attack doing a stellar job. While Sharma had 368 runs with a match-winning 127 in the second innings at The Oval, Rahul set the base for India's victory at Lord's with a stunning 129.

But, for Edgbaston Test starting from Friday when India will be without them, the visitors have to make do with Gill with a non-regular partner. Cheteshwar Pujara, K.S Bharat, Hanuma Vihari and Mayank Agarwal are the other opening options available to the team.

Pujara has played the interim role of a Test opener in the past, the last occasion being in the home series against New Zealand last year when Gill was injured in the second innings of the Mumbai Test. Agarwal is a specialist opener, but he will only have two proper batting sessions before having to ready himself to face the likes of James Anderson, Stuart Broad and Matthew Potts.

Vihari opened the innings only once during the Boxing Day Test against Australia at Melbourne in 2018, making only 8 and 13. But more importantly, he had been at the crease for 80 minutes, seeing off the new ball and earned some praise from the than-skipper Virat Kohli too. In the warm-up match against Leicestershire, Vihari looked scratchy while making 3, 20 and 26.

Bharat, who impressed with his wicketkeeping skills as a substitute for Wriddhiman Saha during the Kanpur Test against New Zealand last year with the stunning stumping of Tom Latham and a sharp catch of Will Young, has a bright chance to make his debut in international cricket through the Edgbaston Test if the team management goes by his performance against Leicestershire.

In the warm-up match, Bharat scored runs in both innings for India. An unbeaten 70 in the first while batting in the middle order, especially after the top six fell before reaching 150, was followed by a firm 43 as an opener in the second innings against a bowling attack that included newly-made captain Jasprit Bumrah, Prasidh Krishna and Navdeep Saini.

In both of his innings, Bharat gave a feeling of solidity and looked more at ease than the experienced batters in the Indian team. When pacer Roman Walker was picking wickets for fun and Vihari, Shreyas Iyer, and Ravindra Jadeja fell to expansive drive, outswinger and inswinger respectively, Bharat stood firm and brought out his impressive stroke-play while applying himself very well for an unbeaten 70 after coming out to bat at number seven in an under-pressure situation.

He also hung around with the lower-order, stitching stands of 66 and 32 respectively with Umesh Yadav and Mohammed Shami for orchestrating a revival of the Indian innings on day one. Bharat's impressive batting continued in the second innings after Sharma didn't bat in the second essay, hooking, driving and chopping the ball through the off-side from the middle of the bat with great ease.

Another factor that gives Bharat a slight edge over other options like Pujara, Agarwal, or Vihari is his extensive experience as an opener in first-class cricket. Bharat has opened the innings in 47 matches, making 2,727 runs in 77 innings at an average of 36.85, making four centuries and 16 half-centuries, including his highest first-class score of 308 against Goa in 2015, which was also the first time a wicketkeeper scored a triple century in Ranji Trophy.

Though 2018 was the last time he opened the batting in first-class cricket, a year where his India A selections were aplenty, Bharat has got the composure, temperament and solidity to adjust quickly to the demands and challenges a newbie opener faces in Test cricket. Moreover, he had the runs in the warm-up match against Leicestershire, something which former India all-rounder Ajit Agarkar had pointed out in a select media interaction apart from earning a mention from head coach Rahul Dravid in a virtual press conference.

"With Pujara being back in top-order and Vihari having a couple of good Tests against Sri Lanka at home while batting at number three, he's got runs which is what he could do. He was given an opportunity to warm up, so he put his name up there. Whether he gets the nod or not, I am sure there will be discussion around it within the team management. But the good thing is, at least he got some runs under his belt if he does get that opportunity," observed Agarkar.

When India arrived in England in mid-June, they had a captain and two openers. But with one now missing out on the much-anticipated Edgbaston Test due to Covid-19, there's an opening at the top. It may not be the ideal circumstances for Bharat to make an entry into Test cricket, but this could be the big stage where if selected, he could make a solid base for India to convert the scoreline from 2-1 to 3-1. IANS