We are talking to BCCI to get more clarity, Rahul bhai has initiated conversations: Kohli on SA tour 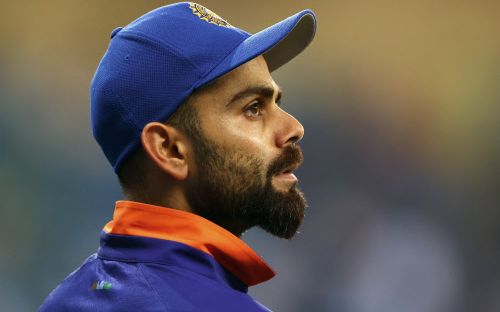 Mumbai: India captain Virat Kohli on Thursday said he expects to get more clarity from the BCCI on the upcoming tour of South Africa in the next couple of days and does not want to be left "confused" following the emergence of the new COVID-19 variant -- Omicron.

It is understood that head coach Rahul Dravid has initiated a conversation within the group and is also keeping the players abreast about what's happening at the administrative level.

Kohli was addressing the media on the eve of the second and final Test against New Zealand here from Friday.

"You want to seek clarity as soon as possible, so we have spoken to all the senior members of the squad. Obviously Rahul bhai (Dravid) has initiated a conversation within the group, which is very important to know," Kohli said when asked about his and the team's view on the tour.

"At the end of the day, we understand, I mean our focus from the Test match will not shift regardless, but also know that you would want to have clarity and you want to be in a situation where you know exactly what's going on."

There are talks about the tour being pushed back or the schedule curtailed given the panic caused by the new variant. Kohli said that in another two days, everything will be clear.

"We have been talking to the board and we are pretty confident within a day or two or pretty soon, we will have absolute clarity as to what is going on," he said.

The skipper made it clear that these are not normal times and any decision taken should factor in that aspect.

South Africa has been hit by travel bans following its discovery of omicron variant even though an India A team is currently playing a three-game first-class series in Bloemfontein.

The government in the Rainbow Nation has promised a secure bio bubble for the Indians when they land there.

"We need to be realistic about things as well, we cannot just ignore the things that potentially could put you in a confusing place and no one wants to be there," there was palpable concern in Kohli's voice.

The Indian team's bio-bubble will start in Mumbai itself and players like Rohit Sharma, KL Rahul, Mohammed Shami, Jasprit Bumrah are all set to enter it in a day or two before the scheduled departure on December 8.

"There are players who are not part of the group right now, who will be entering quarantine to join the team in the bubble, to fly in a charter, those kind of things."

Kohli is hopeful that while they focus on the New Zealand game, the BCCI will tell them what's in store going forward.

"....I am sure everyone's working hard towards finding clarity and giving us the situation as it unfolds as soon as possible...as I said our prime focus right now is the second Test and the other things are simultaneously being taken care of."

Earlier this year, India had pulled out of a Test match against England in Manchester owing to a COVID-19 outbreak within their camp. The match was eventually rescheduled to next year. PTI