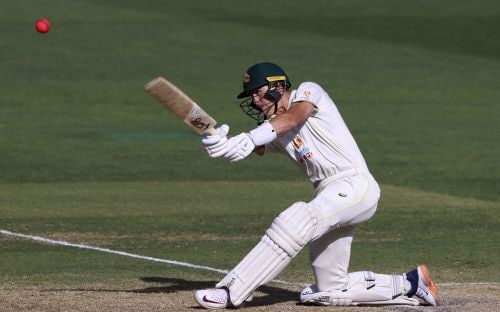 Adelaide: England need 468 runs to win the second Ashes Test after Australia declared at 230/9 on Day Four of the ongoing match on Sunday.

In the second session, Travis Head and Marnus Labuschagne both hit their respective fifties before getting out on Sunday. Malan picked his first Test wicket as he dismissed Labuschagne.

Alex Carey, Jhye Richardson, and Mitchell Starc all went cheaply but Cameron Green took Australia's lead to 467. Australia declared at 230/9 when Richardson got out whacking anything which came on his radar.

In the first session on Sunday, Australia got off to a bad start as a double strike from England bowlers put the hosts on the backfoot. Anderson and Broad picked up the wickets of Michael Neser (3) and Marcus Harris (23) respectively to give England a firing start.

A few minutes later, Robinson removed Steve Smith as the Australian stand-in skipper was caught down the leg-side by Jos Buttler leaving the hosts at 55/4.

However, Marnus Labuschagne and Travis Head made sure the hosts maintained the driver's seat with a 89-run stand.

In the last session on Day Three, Aussies had ended their innings at 45/1 after bowling out England for 236. England who were in control in the first session found themselves in a deep hole after losing 8 wickets for 86 runs on Saturday.