On Thursday, the first match of the series in Dharamsala was washed out and the second and third, slated to be held in Lucknow and Kolkata respectively, were to be played in empty stadiums. 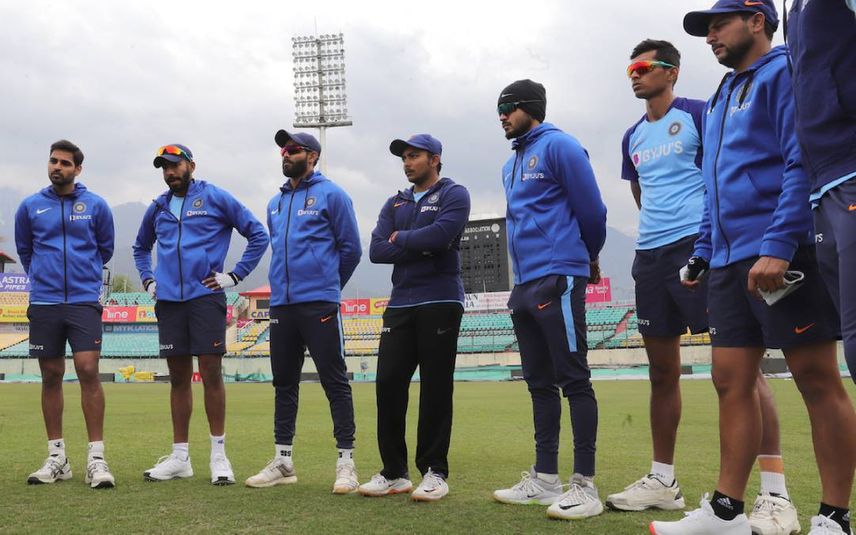 New Delhi: The three-match ODI series between India and South Africa has been called off in the wake of the coronavirus pandemic. A day after it was revealed that the remaining matches in the series will be played in empty stadiums, sources in the know of things told IANS that the series itself will now be called off.

The International Cricket Council (ICC) later confirmed the news in a tweet. "CONFIRMED: The #INDvSA ODI series has been suspended in the wake of a growing number of coronavirus cases." The Board of Control for Cricket in India (BCCI) or Cricket South Africa (CSA) are yet to put out official statements of their own.

On Thursday, the first match of the series in Dharamsala was washed out and the second and third, slated to be held in Lucknow and Kolkata respectively, were to be played in empty stadiums.

The development comes on a day when the BCCI announced that it has deferred the upcoming season of the Indian Premier League to April 15. The first match of the season was scheduled to be played on March 29 at the Wankhede Stadium between Mumbai Indians and Chennai Super Kings.

The Sports Ministry in an advisory addressed to the BCCI, National Sports Federations and Indian Olympic Association, asked for public gatherings during sporting events be avoided.

"To deal with the Novel Coronavirus (COVID-19), the Ministry of Health & Family Welfare has issued advisories and advised the State Governments to take appropriate action under the Epidemic Diseases Act,1897.

"You are advised to adhere to the advisories issued by the Ministry of Health & Family Welfare and ensure that no public gathering takes place in any sporting event. In the event, the sporting event cannot be avoided, the same could be done without allowing gathering of people, including spectators," the Sports Ministry said.

Kerala, Gujarat, Assam, others to showcase tableaux on Kartavya Path during R-Day Parade