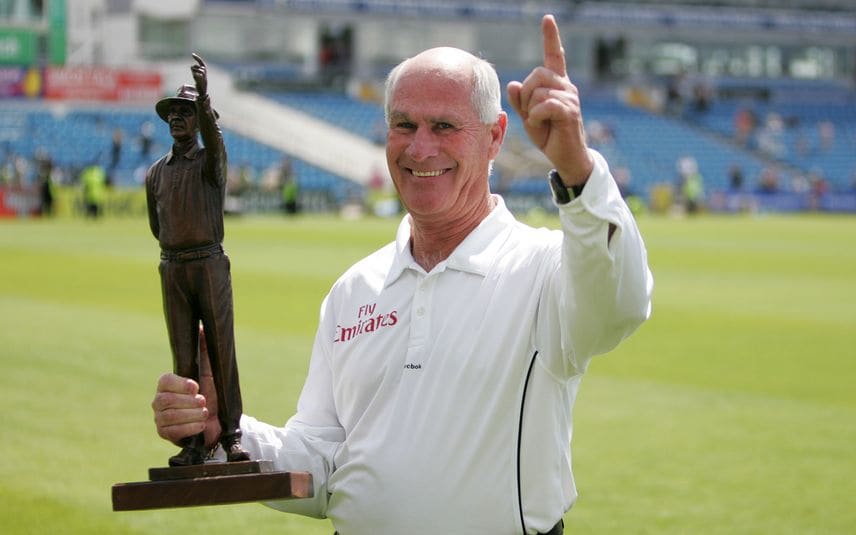 Koertzen is survived by his wife and four children.

One of the most respected umpires in world cricket from the late 1990s till 2010, Koertzen had officiated in nearly 400 international games.

"The world-famous cricket umpire, Rudi Koertzen, and three other people were killed in a head-on collision near Riversdale on Tuesday morning. The 73-year-old Koertzen from Despatch in Nelson Mandela Bay was on his way back home from Cape Town after a golf weekend," Algoa FM News reported.

"He went on a golf tournament with some of his friends, and they were expected to come back on Monday, but it seems they decided to play another round of golf," Koertzen Jr told the website.

Cricketers including Virender Sehwag have paid homage to Koertzen on social media.

Koertzen was inducted into the ICC's Elite Panel in 2002 and was a part of it for eight years.

During his tenure, he officiated as on-field and TV umpire in as many as 397 games, including 128 Test matches, a record 250 ODIs, and 19 T20 Internationals.

He had his share of controversies too, including continuing with the 2007 ODI World Cup final between Sri Lanka and Australia in near darkness due to a wrong interpretation of rule, which forced the ICC to not give him any assignment during the inaugural World T20, which was held in his own country, in 2007. PTI