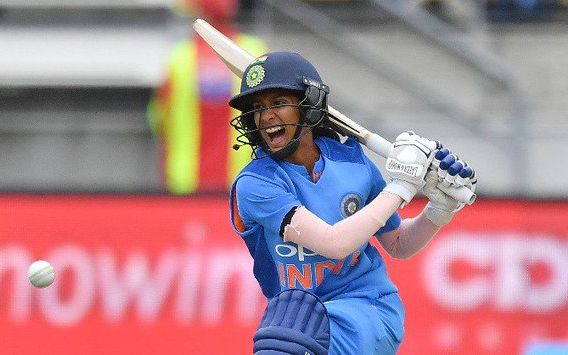 Mumbai: With India under lockdown for close to two months now, Sundays are hard to distinguish from a mundane Monday with everyone staying indoors. The COVID-19 pandemic has brought the world to a standstill and with cyclone Amphan wreaking havoc in the eastern Indian state of West Bengal earlier in the week, there is little to cheer about.

But India batsman Jemimah Rodrigues, known for being fun loving, did her part by putting together a retro mashup which was shared on Sunday morning by the Board of control for Cricket in India (BCCI) on their official Twitter handle.

"Begin your Sunday on a musical note courtesy Lil J! Get ready to be mesmerized as our in-house rockstar @JemiRodrigues shows off her singing and ukulele skills," the BCCI said in a tweet.

Recently, in an interview to ESPNCricinfo on their Downtime Diaries series, Jemimah had spoken about a YouTube chat show, Double Trouble, started by her and India opener Smriti Mandhana.

"Every day we are either planning the next episode or shooting it. And there's also a podcast I do (with JP Duminy), so come to think of it, I don't think I've had a day so far in this period where I have not had anything to do. That's my life now," she had said.

Hostels not tourist homes, KUHS tells HC as opposing plea of students against ...