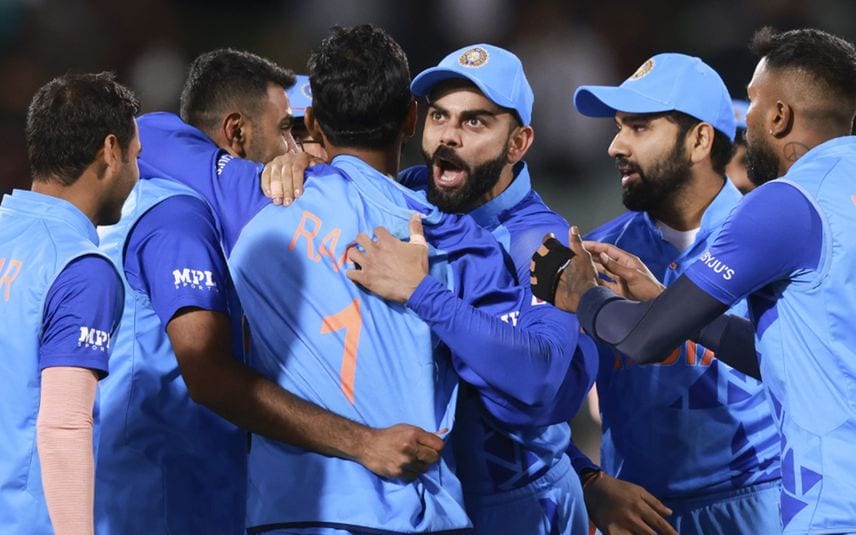 Adelaide, Australia: Bangladesh were set a revised target of 151 in 16 overs to beat India in the T20 World Cup Wednesday after rain stopped play in Adelaide.

Bangladesh were 66-0 from seven overs chasing India's 184-6, with Liton Das 59 not out, when the players were forced off for about 50 minutes, losing four overs of play.

The revised target left Bangladesh needing 85 more off nine overs to upset India and potentially leaving one of the pre-tournament favourites struggling to qualify for the semi-finals.

Virat Kohli became the highest run-scorer in the tournament's history with an unbeaten 64 in India's innings, after Bangladesh won the toss and chose to field first.