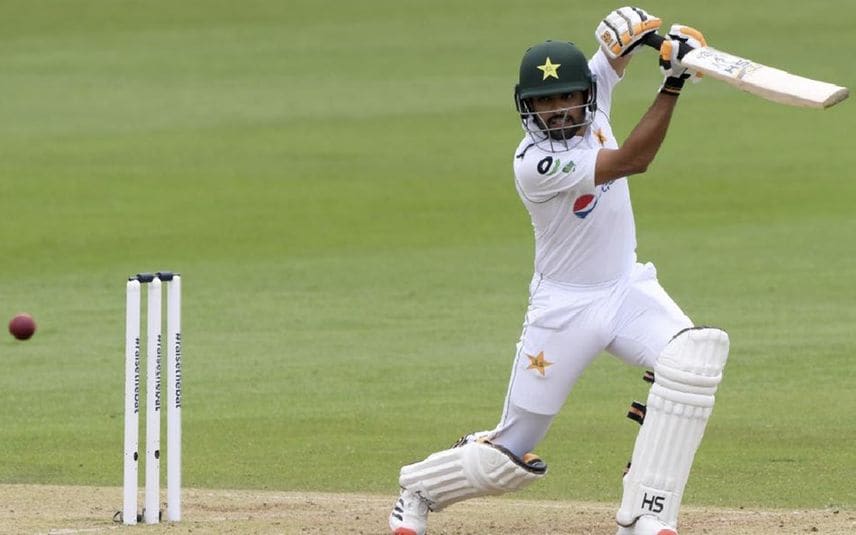 Azam reached this landmark during the first Test against Sri Lanka at Galle.

Azam struck a fine half-century, his 22nd in Tests, before he was bowled by spinner Prabhath Jayasuriya for 55 off 104 balls.

Coming to the match. Pakistan has been set a target of 342 runs to win the match. The visitors are well on course to do so as they finished Day four at 222/3, with Mohammad Rizwan 7* and Abdullah Shafique 112* unbeaten at the crease.

Earlier, Sri Lanka was bundled out for 337 in their second innings. Dinesh Chandimal scored an unbeaten 94* while Kusal Mendis (76) and Oshada Fernando (64) also scored half-centuries that gave Sri Lanka 341-run lead. Mohammed Nawaz was the pick of the bowlers for Pakistan with 5/88 while Yasir Shah took 3/122.

Earlier in their first innings, Pakistan was bundled out for just 218. Skipper Azam fought a lone battle for his side, scoring 119 runs. Other players could not cross the 20-run mark.

Earlier, opting to bat first, Sri Lanka put a total of 222 runs on the board. While Oshada Fernando (35) and Maheesh Theekshana (38) delivered solid contributions, it was a gritty knock by Dinesh Chandimal (76) that dragged Lankans to a respectable score.

Pacer Shaheen Shah Afridi was the standout bowler for Pakistan, taking 4/58. Hasan Ali and Yasir Shah took two wickets each while Naseem Shah and Mohammed Nawaz could get only one. (ANI)

If I would have been a part of team under Virat, India would have won World ...