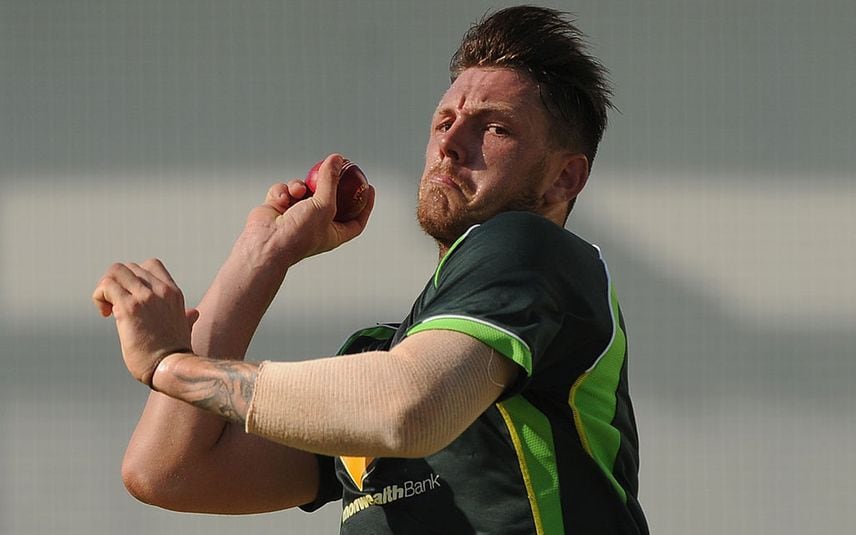 Melbourne: Australian fast bowler James Pattinson, once one of the most feared bowlers in the cricket world, has retired from international cricket.

The 31-year-old Victorian, who made his Test debut for Australia as a tearaway right armer, has made the decision to step away from international cricket to focus on family, playing for his state and helping develop the next generation of fast bowlers.

"Leading into pre-season I really wanted to give the Ashes a crack but in the end, I haven't had the preparation I would have liked heading into the coming season," Pattinson, who will miss the opening round of fixtures for Victoria through injury, said.

"If I was to be part of the Ashes, I would need to do myself and my teammates justice. I didn't want to be in a position of battling with my body when you need to be 100 per cent fit and ready to go at any time. That would not be fair to myself or the team."

"It was then I felt that instead of trying to play at the very highest level, knowing I have only got three or four years of cricket left, I would focus more on Victoria, helping the young guys develop, perhaps some cricket in England and spending more time with my family."

Chair of the National Selection (NSP) George Bailey said Pattinson's passion, drive and energy in his time within the Australian team was one of his greatest strengths, along with his ability with the ball.

"Everyone who has played with Patto has thrived on his competitive nature and the sheer pride he takes in playing for his country," Bailey said.

"James epitomises what it means to play for Australia, the sacrifices you make and the hurdles you have to overcome on the journey. But his record speaks for itself, he has been a wonderful player. We would have loved to have seen a lot more of him over the years."

Pattinson said he felt at ease with his decision to step away from the international game.

"Now I have made the decision I am hoping to really enjoy the last three or four years of cricket," he said.

"I have had a great time over the years and thank Cricket Australia for the opportunities, the faith they have put in me and of course all of my teammates through the journey. They have instilled a lot of trust in me especially at times when I have been injured and helped me through those times. For that, I am very grateful."

Pattinson played his first Test against New Zealand in 2011 and announced himself on the world stage with 5/27 in the second innings of Australia's nine-wicket win. He was named Man of the Series with fourteen wickets in the two-Test series.

He repeated the effort in his next Test against India at the MCG with 6-108. After a short injury lay-off, he returned against India with another five-wicket haul in Chepauk, the only time an Australian fast bowler has done so at the ground.

The dose was repeated at his next outing in 2015 against the West Indies with another five-wicket performance, taking 5-27 which equalled his best career figures.

He played a further six Test matches after but was restricted due to a number of injuries including back surgery and the strength Australia's pace bowling stocks during this period.

Somewhat fittingly, his last Test was against New Zealand in Sydney, the side he made his debut against a decade earlier.