Marnus Labuschagne makes his ODI debut for Australia. He becomes the 229th player for Australia to play ODI cricket. 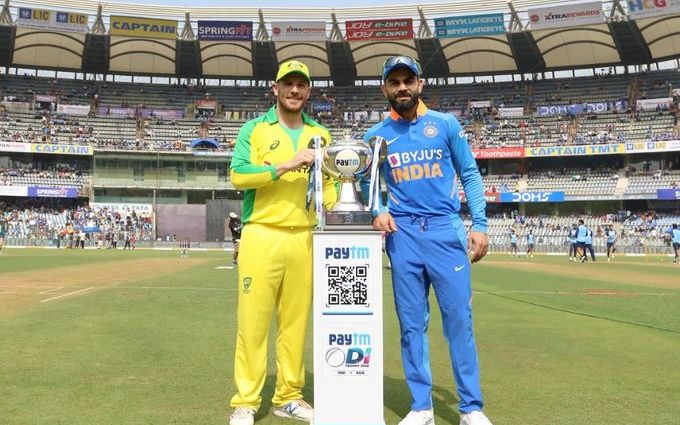 Mumbai: Australia captain Aaron Finch on Tuesday won the toss and elected to bowl against India in the first ODI of the three-match series at the Wankhede.

"We are going to bowl first. Hopefully, there will be some dew later. The feeling is very good. Lot of guys have been playing Tests and BBL. The guys are pretty confident. I think the guys that have come in, have done well. We are going with two spinners," Finch said after winning the toss.

Marnus Labuschagne makes his ODI debut for Australia. He becomes the 229th player for Australia to play ODI cricket.