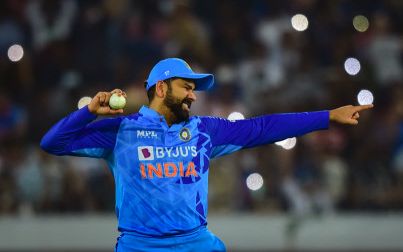 New Delhi: Australia will tour India in February and March for four Tests and three ODIs following visits by New Zealand and Sri Lanka, the Indian cricket board said Thursday.

The Australia Tests will be held from February 9 in Nagpur, Delhi, Dharamsala and then in the world's largest cricket stadium in Ahmedabad, the Board for Control for Cricket in India said.

This will also be the last edition of the Border-Gavaskar Trophy which will be a four-match Test series feature, the BCCI said. Thereafter it will include five matches.

Ahead of the 50-over World Cup in India scheduled later in the year, Australia will then take on the hosts in three one-day internationals in Mumbai, Visakhapatnam and Chennai starting on March 17.

Before then, New Zealand will visit for three ODIs and three T20s beginning on January 18 in Hyderabad and concluding at the Narendra Modi Stadium in Ahmedabad on February 1.

India's first visitors of 2023, however, will be Sri Lanka, with three T20s beginning on January 3 in Mumbai and three ODIs concluding in Thiruvananthapuram on January 15.