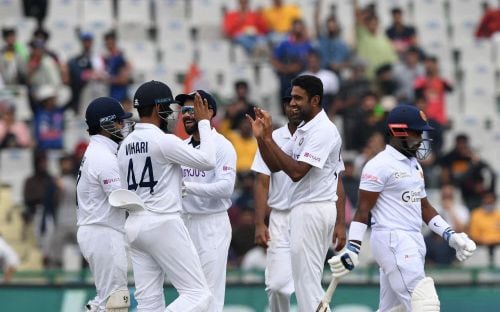 Ashwin sent back Charith Asalanka for 20 with his off spin on day three in Mohali to become India's second highest wicket-taker behind spin legend Anil Kumble who finished his career with 619 Test scalps.

Ashwin has a bowling average of under 25 in 85 Tests since his debut in 2011 against West Indies in Delhi.