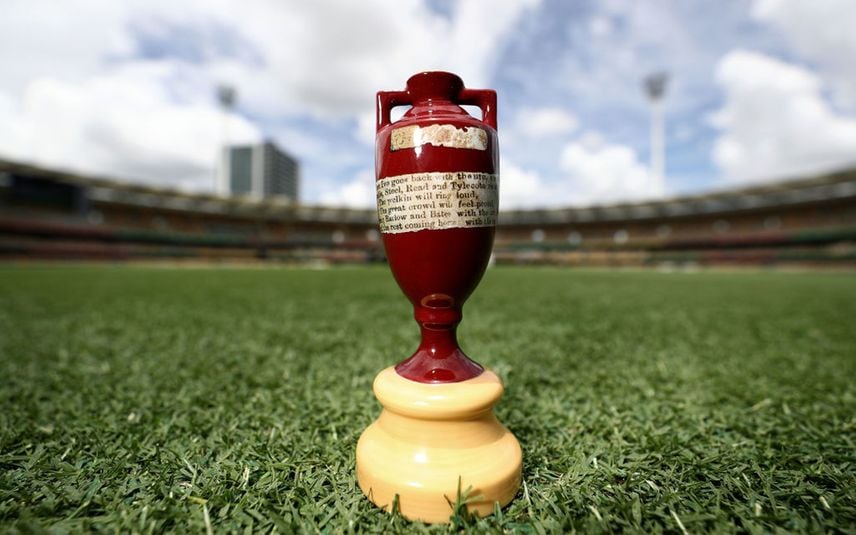 A replica of Ashes Urn I Photo: Getty Images

London: Following the talks between the team and officials of the English and Wales Cricket Board (ECB), the possibility of England fielding an under-strength squad in the upcoming Ashes has grown significantly.

As per ESPNcricinfo, some members of the playing squad and some members of the team management were underwhelmed by the ECB's refusal to even countenance a partial or even complete postponement of the tour. As a result, they are considering their options. One of those options is understood to be the entire team - including coaching and support staff - taking a collective decision to boycott the tour.

Earlier also, there have been reports that a number of England players could withdraw from the tour of Australia if they are not allowed to bring their families along. It is unlikely that there will be any loosening of the 14-day quarantine period by November.

The first men's Ashes Test is scheduled to begin at Brisbane's Gabba from December 8 ahead of a day-night Test at the Adelaide Oval from December 16 to 20.

For the first time in 26 years, the final Ashes Test will not be staged in Sydney. The traditional Boxing Day and New Year's Tests will be played at the Melbourne Cricket Ground (December 26-30) and Sydney Cricket Ground (January 5-9) respectively, with the final Test scheduled for Perth's Optus Stadium (January 14-18).