India are without skipper Kohli, while the Kiwis have retained their team from the last match. 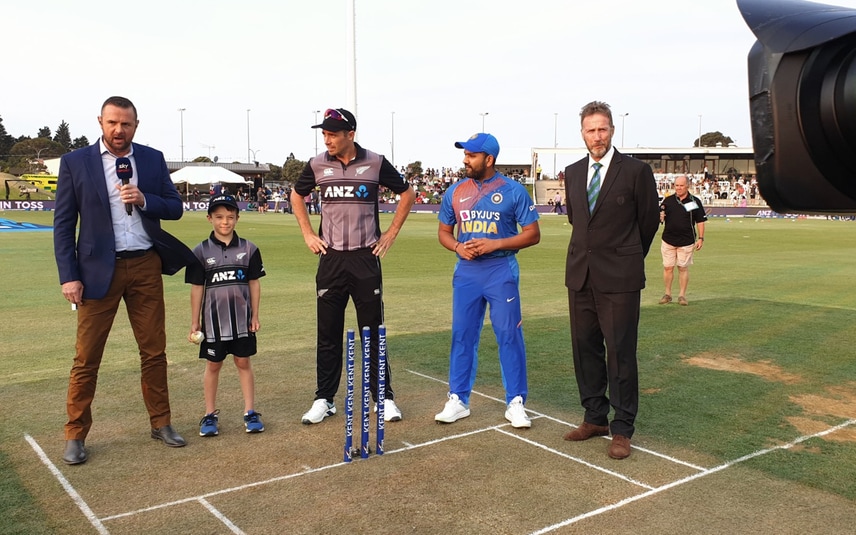 Mount Maunganui: Stand-in India skipper Rohit Sharma won the toss and opted to bat against New Zealand in the fifth and final affair of the T20I rubber at the Bay Oval here on Sunday.

Speaking at the toss, Rohit said: "We'll bat first. It looks like a good pitch and that's what we want to challenge our team as well to defend totals. The combination we played in the last game was very good and we want to continue with that as well. We want to continue the momentum and it is not everyday that we get a chance to make it 5-0. We have to avoid being complacent; by no means are New Zealand not a good team. Just the one change -- I come in for Virat (Kohli) and Sanju (Samson) will open. I will bat at three."

"We were looking to bowl as well. It looks like a good surface and hopefully we can restrict them to a low total. Kane was a late change, he still felt a bit of discomfort after a few throwdowns and hopefully he'll be fit for the one-dayers. Winning is ideal, but you don't want to keep worrying about the outcome. We want to go back to doing what we do well and the results will take care of themselves. We're playing the same team," the Kiwis stand-in captain Tim Southee said.