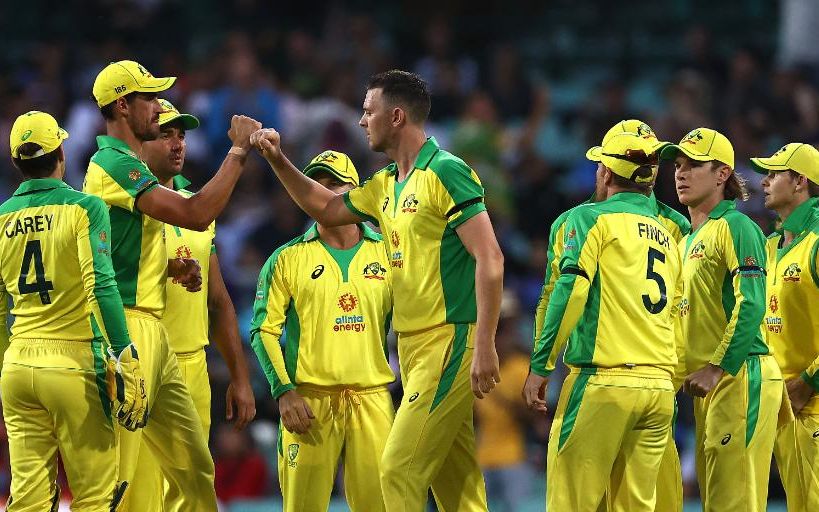 Sydney: Skipper Aaron Finch and Steve Smith on Friday scored brilliant hundreds as Australia posted a monstrous 375-run target for India in the first ODI of the three-match series.

Electing to bat, the hosts started off steadily with both Finch and David Warner taking their time to adjust to the pitch. However, once they got settled, there was no looking back as the pair scored 156 runs in 27.5 overs.

During the course of the partnership, Finch became the second-fastest Australian to score 5,000 ODI runs (126 innings, 11 more than Warner).

India got their first breakthrough as Warner got out against Mohammed Shami after playing a well-rounded 69-run knock, with the help of six 4s.

Smith, who came in next, started right from the word go and scored runs in quick succession, stitching a 108-run partnership with Finch.

However, in order to up the ante, the Australian skipper, after scoring his 17th ODI hundred, got out by Jasprit Bumrah.

Marcus Stoinis went back to the pavillion without troubling the scorers in the 41st over.

Glenn Maxwell, who had failed miserably in the IPL, made sure he smashed the Indian bowlers to all parts of the ground. Maxwell used switch hits and reverse sweeps as he scored 45 runs off just 18 balls (five 4s, three 6s) before getting caught at the long-on boundary off the bowling of Shami.

Marnus Labuschagne, who came out to bat next, wasn't able to stay for long much at the crease as he got out after scoring just two runs against Yuzvendra Chahal, who ended up conceding 89 runs in his 10 overs -- the most by an Indian spinner in ODIs.

However, Smith stuck to one end and kept scoring boundaries at will. He brought up his 10th hundred in just 62 balls -- the third fastest by an Australian in ODIs. The former Australia skipper got out bowled in the final over of the innings, but not before inflicting huge damage to the Indians.

Alex Carey and Pat Cummins remained unbeaten on 17 and 1 respectively as Australia ended their innings at 374/6.