In the seven limited-overs inning which the Indian skipper played against New Zealand in the ongoing tour, Kohli could manage just 180 runs. 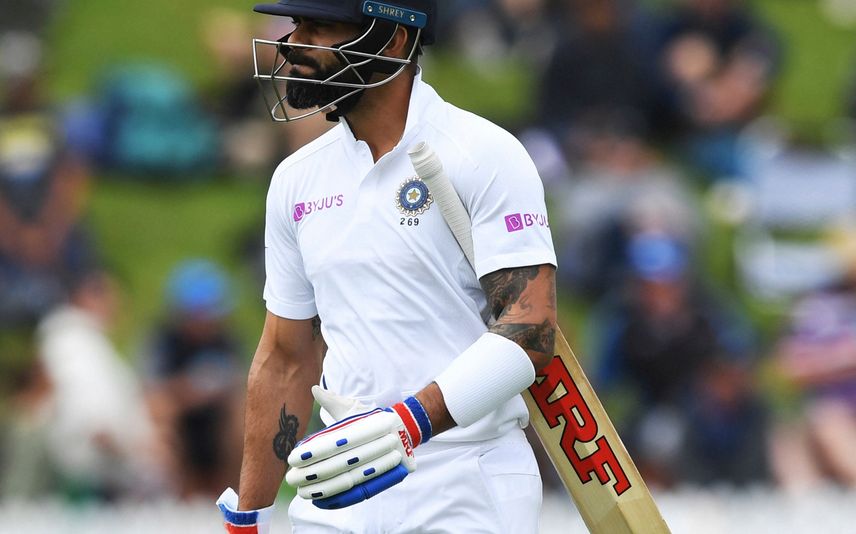 Virat Kohli walking off after his dismissal. (Photo- PTI)

Wellington: India captain Virat Kohli's poor run in the ongoing New Zealand tour continued on Friday as he could manage just two runs before getting dismissed by Kyle Jamieson on Day One of the first Test at the Basin Reserve.

Kohli, who came into bat after Cheteshwar Pujara's dismissal, could play just seven deliveries before he poked a swinging delivery on the fifth stump line, managing an edge and was ultimately caught by Ross Taylor in slip.

In the seven limited-overs inning which the Indian skipper played against New Zealand in the ongoing tour, Kohli could manage just 180 runs (125 in 4 T20Is and 75 in 3 ODIs), including only a single half-century.

In fact, the 31-year-old has not reached the three-figure mark in his last 19 innings. His last century came in the day-night Test against Bangladesh in Kolkata last year when he scored 136.

This is not the first instance when Kohli hasn't been able to score big in his stellar career. Between February to October 2014, the Indian run-machine had failed to reach the three-figure mark in 25 innings across formats. This included the horror England tour where he managed to amass only 134 runs in five Tests and became the bunny of James Anderson.

Before that, he had failed to hit a hundred in 24 consecutive innings between February to September 2011.