The PPBA opened the courts for Lakshya Sen at night during COVID-19 times: Vimal Kumar 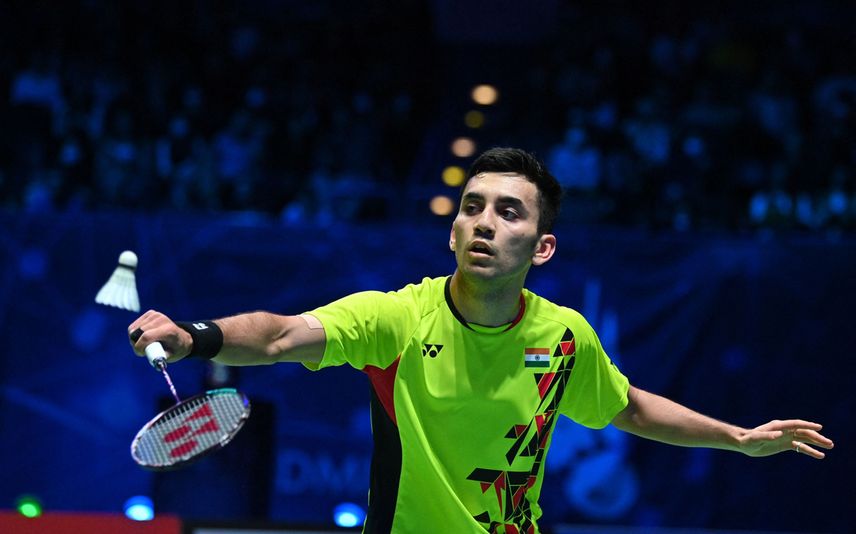 Lakshya Sen is reaping the rewards for taking the bold decision to leave his home town of Almora in Uttarakhand when he was a skinny lad of ten or thereabouts, going through the ups and downs of his life, and in the sport of badminton in the garden city of Bengaluru.

Encouraged by his parents, he chose to pursue racquet sport at the Prakash Padukone Badminton Academy (PPBA), and after ten years, he is all set to get into the top 10 ranking list of Badminton World Federation (WBF) ranking. It is yet another happy tale of an ambitious individual from rural India making the big splash in the world of sport that is highly competitive with players from the dragon countries and Europe dominating this indoor sport. 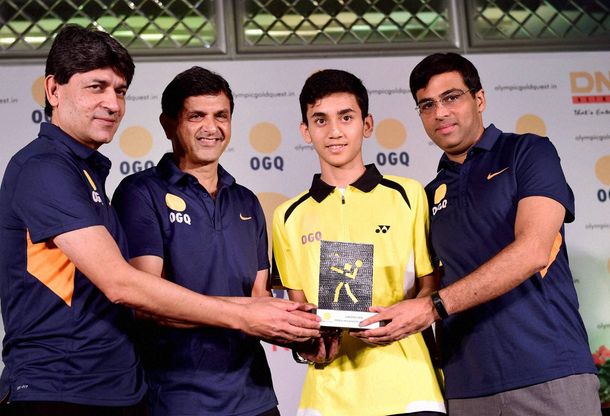 The 20-year-old young adult, Lakshya (Supported by Olympics Gold Quest), has been hitting the straps in recent times in the European circuit with an excellent run in the Super 300 series German Open in Mulheim and following it up with a glorious stint in the Super 1000 series Yonex All England Open Badminton Championships in Birmingham, where he went down to Denmark’s World No. 1 Viktor Axelsen in the men’s singles championship match.

The outcome of the final was an anti-climax following his heart-warming impressive march to the title round. He brought down Denmark’s World No. 3 Anders Antonsen in the second round in straight games and also Malaysia’s World No. 7 Zii Jia Lee in three games before being outplayed in less than an hour by Axelsen, the Tokyo Olympics men’s singles gold medal winner and a former World Champion.

The discerning in the badminton world were not really surprised by Axelsen dictating the pace of the final and calling the shots. The two have clashed six times since in the 2020 All England Open quarter-finals and the Dane has won five times, all in straight games. The exception though took place in the second week of March in the US $180,000 German Open when the rising star of Indian badminton downed the Dane in three games in one hour and ten minutes.

Sen’s victory in the tournament leading to the All England raised hopes of a repeat performance, but Axelsen was up to the task and stopped the young and talented Indian in his tracks. Apart from the 2020 All England, Axelsen has beaten Sen previously in the 2021 Denmark Open and twice in the 2021 World Tour Finals play offs.

After uncertainties caused by the COVID-19 pandemic in 2020 and 2021, Sen made a good start this year winning the Yonex Sunrise India open in January, winning five matches, including against Singapore’s World No. 9 and the 2021 World Championship winner, Kean Yew Loh in the title match. Then he beat Indonesia’s World No. 5 Anthony Ginting in the Germen Open. In all, he has won 15 professional matches this year in three BWF events (Sunrise India, German Open and the All England) and the Badminton Asia Team Championship in Malaysia. Last year he played 25 matches, won 15 and lost ten and in 2020, played seven matches, won four and lost three. He is currently the top Indian ranked player in the BWF ranking and ahead of Kidambi Srikanth, Sai Praneeth, H.S. Prannoy, Sameer Verma and Sourabh Verma.

The game-changer for Sen happened after the PPBA moved to a modern sports facility created by former India junior international Vivek Kumar --- the Padukone- Dravid Centre for Sports Excellence (PDCSE) at Bettahalasur in the outskirts of Bengaluru --- in March 2018. The PPBA has 16 courts for 24-hour use over 365 days.

The Thiruvananthapuram-born former two-time national men’s singles winner, former Chief National Coach and Dronacharya Award winner, Vimal Kumar (he is the Co-Founder and Chief Coach at the PPBA for almost two decades) says with pride: "We could put up Lakshya Sen here during COVID-19 times. We had to shut everything during COVID, but Lakshya was practising here at the PPBA in the PDCSE premises. We would open the courts for him in the night. We took a small place for him nearby and his parents also moved in. When everything was quiet, he would come here after 8 PM to practice. We opened the courts for him and a few practice partners. We sent Lakshya to Indonesia when he was ten. He was never in awe of the others.’’

Talking about Lakshya’s overall understanding of the game, Vimal Kumar said: "He grasps things very fast, that’s what I have found out. If you tell him once, he will keep that in mind and implement it when it matters. He is a quick learner. He was always a big fan of (Indonesian) Taufik Hidayat. When Lakshya went to Indonesia, he saw Taufik play. Now India has bridged the gap in world standards, India would be in the top eight nations. But we need to do a lot more.”

India did not have more players of Prakash Padukone and Pullela Gopichand’s quality when they won the All England in 1980 and 2001, respectively, and there is a feeling among the fraternity that there should be enough players like Lakshya (and PV Sindhu) to lift the profile of the game in India. "Correct, but it’s not easy to get a talent like that (Lakshya). Whatever one may say, we must have the material to undergo the physical rigours. The players should be able to take it. One should not be injury prone. They need to be very, very tough. We need a high quality sports science people. Only these people can say what is over-training and under-training. India lacks in this aspect.’’

Vimal Kumar, who has trained Lakshya right through his career, believes that India’s current brightest star is fine with the speed on court. "He can up the pace in the back and front court. He dives a lot. But he dives and recovers quickly and that is something very special. We analyse matches. We watch the matches. He is very clever to analyse his own matches and he would come with suggestions. That’s very good.

"He is shy, he is from a small town (Almora) and he doesn’t talk much. He has beaten Ginting and Axelsen. These are good results for him. He has become a lot stronger, mentally. He is calm and developed patience. When he was dropped from the Thomas Cup last year, he was upset when he returned to Bengaluru from Hyderabad. But exactly the same day, Axelsen phoned him and asked him to come to Dubai to practice. Axelsen had shifted his training base to Dubai for some time. I just told him to go to Dubai. He was the best player and he was dropped from the Thomas Cup squad. Then I told him to go to Europe on his own and take responsibility. He played all matches without a coach last year. Lakshya was keen to know how Axelsen managed everything in Dubai. Axelsen worked it with four or five young promising players for his training sessions in Dubai,’’ revealed Vimal Kumar at the PDCSE in Bengaluru recently.
The PPBA should be happy that Lakshya’s decision to move from Almora to Bengaluru ten years ago and the commitment demonstrated by Vimal Kumar and other coaches at the academy are showing results. As Vimal Kumar said it takes a long time for a champion player to emerge. Lakshya would obviously like to continue training at the PPBA and PDCSE, but the demands of the professional sport would keep him in action abroad.

After the loss to Axelsen at Birmingham, it has been pointed out that Lakshya has to bring in variations from the backcourt, in particular to be a little more aggressive, and not merely rely upon his net play. These are the areas Lakshya would like to focus on interacting with the likes of Prakash Padukone and Vimal Kumar.