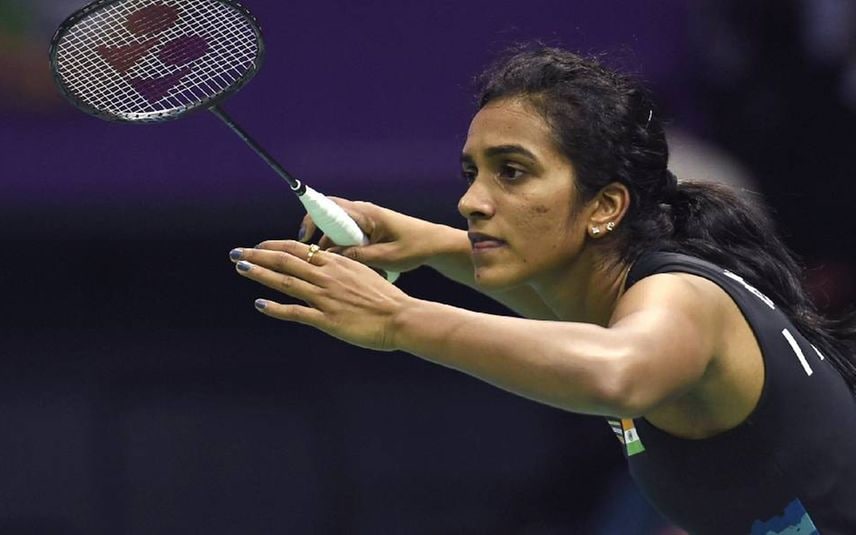 Singapore: Olympic medalist PV Sindhu made a winning start to her Singapore Open 2022 campaign, defeating Belgium's Lianne Tan in the first round of the Women's singles category on Wednesday.

Playing on court 1, PV Sindhu won the match within two straight games by margin of 21-15, 21-11. She was extremely dominant against her Belgian counterpart and eliminated her from competition in just two games.

Prior to this, Sindhu had participated in two tournaments, where she delivered solid performances, finishing among the last eight.

On the other hand on court 1, India's Mithun Manjunath also made a winning start to his campaign, defeating compatriot Kidambi Srikanth in the first round of men's singles category.

In April, Mithun Manjunath has won a silver medal after losing to Toma Junior Popov in the final of the men's singles event at Orleans Masters 2022 in France. The 79th ranked Indian shuttler lost to the home favourite shuttler Popov by 21-11, 21-19 in 50 minutes at the Palais des Sports arena.

Later today, star shuttlers like Parupalli Kashyap, Ashmita Chaliha, Prannoy HS, Saina Nehwal and Malvika Bansod will be in action. They all will be starting their campaigns in the tournament.

The Singapore Open will take place in Singapore from July 12 to 17. (ANI)