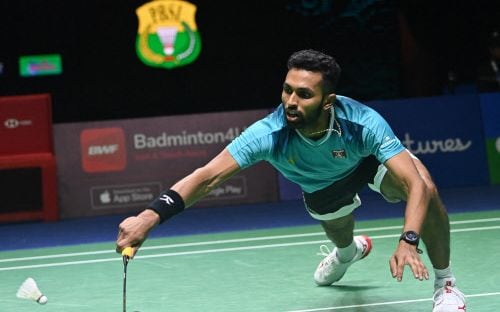 Kuala Lumpur: Indian shuttlers B Sai Praneeth and Sameer Verma ended their campaign at the Malaysia open Super 750 badminton tournament after going down fighting in the opening round of the men's singles competition here on Tuesday. Meanwhile, Keralite HS Prannoy beat Liew Daren 21-14, 17-21, 21-18 to face off with fourth seeded Chou Tien Chen of Chinese Taipei.

This was the eight meeting between the players with the Indonesian leading the head-to-head record 4-3. They last played at the 2020 Asian Team championships where Ginting won the contest after Praneeth retired due to an injury.

In doubles, women's pairing of Ashwini Ponnappa and N Sikki Reddy also bowed out of the tournament after losing 15-21 11-21 to Japanese duo of Nami Matsuyama and Chiharu Shida, seeded sixth. PTI

CWG 2022: All eyes on Sindhu and Srikanth as India look to dominate badminton ...