CWG 2022: All eyes on Sindhu and Srikanth as India look to dominate badminton competitions

Two days before the Indian women's T20 cricket team meets archrivals Pakistan in a preliminary league match in the cricket competition in the Commonwealth Games, the two countries were scheduled to meet in another sport that is unlikely to create much buzz. 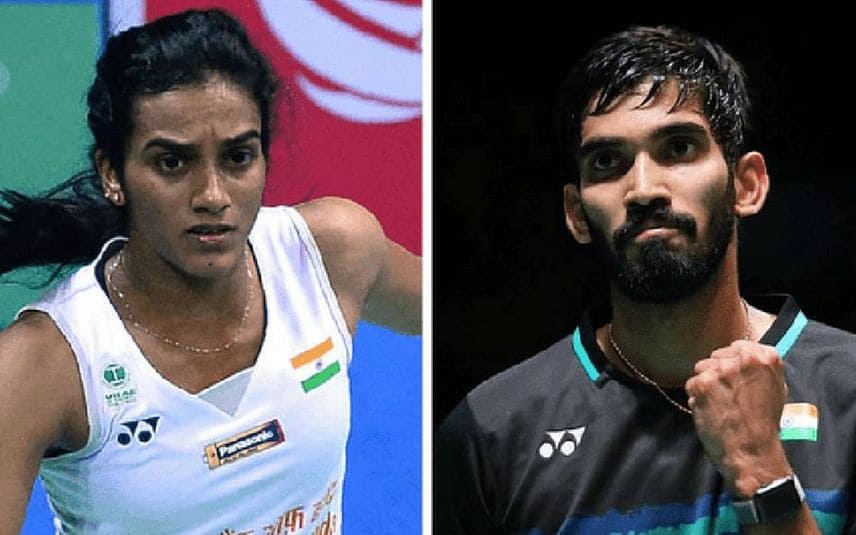 Birmingham: Two days before the Indian women's T20 cricket team meets archrivals Pakistan in a preliminary league match in the cricket competition in the Commonwealth Games, the two countries were scheduled to meet in another sport that is unlikely to create much buzz.

But the preliminary round match may not go ahead as there are reports that Pakistan may not send their team because of the team's inability to win a medal. Even if the team takes the court in the Mixed Team competition their clash with India is unlikely to create much buzz because the two teams come from the opposite ends of the spectrum.

India, who emerged as the most successful team in Gold Coast with six medals -- the same as England who had a silver medal less, are the defending champion in the Mixed Team competition having won the title four years back in Gold Coast ahead of Malaysia. They have in their ranks stars like former World No 1 and ex-World Champion PV Sindhu, the two-time Olympic medallist, Kidambi Srikanth, silver medallist in the World Championship in December 2021 and Lakshya Sen, bronze medallist in the World Championship who had made a brilliant start to the year by winning the India Open and finishing runner-up in the All-England Championship here.

In the men's doubles, Satwiksairaj Rankireddy and Chirag Shetty are ranked eighth in the World.

Besides Pakistan, the other teams in Group 1 are Australia and Sri Lanka in the four-team preliminary round. The other three groups in the 16-team competition are: Group 2 -- hosts England, Singapore, Mauritius and Barbados; Group 3 -- Canada, Scotland, Maldives and Uganda while Group 4 will have second seed Malaysia, South Africa, Jamaica and Zambia, who came in place of Nigeria who pulled out after the draw was made a few weeks back.

The top two teams after the preliminary round matches will qualify for the knockout quarterfinals.

India and Malaysia are likely to contest for the gold medal if things go as per the seedings. However, Indian players like Srikanth and Lakshya have had indifferent results in BWF tournaments in the buildup for the Commonwealth Games, and therefore the team management is likely to put them up in the first few matches to help them warm up for the tougher encounters later in the competition.

India are the world champion in men's team competition having won their maiden Thomas Cup title a few months back and Sindhu is also in top form and won the Singapore Open earlier this month.

In the 2018 edition, Sindhu and Saina Nehwal contested the women's singles final with Saina winning the gold. This time around Sindhu looks the best suited to win the women's title as World No 7. IANS