Milkha Singh, the man who introduced India to 'track and field' 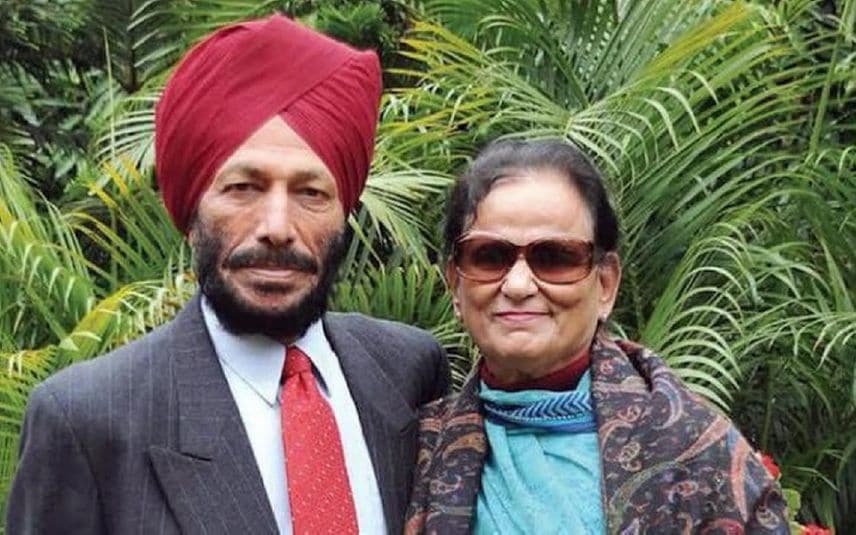 Milkha Singh came, he saw and he definitely conquered the world of athletics with his grit, determination and resolve to rise from every setback like a phoenix. Thanks to his performances across the globe, Milkha dominated the field of sprinting for more than 10 years, scripting numerous records and winning multiple laurels for the country.

It is safe to say that the legend introduced India to 'track and field' and to date, there has been no one who matches Milkha's achievements in the country in this field. With his demise on June 18, it undoubtedly is the end of an era that saw none come even close to his achievements, let alone match them.

Born in 1929 in Govindpura a village close to Punjab province, British India, Milkha moved to Delhi in 1947 during partition before he announced himself on the big stage to earn the name of "The Flying Sikh".

Milkha was orphaned during the partition (1947) and was introduced to the sport while serving in the Indian Army. It was his stint with the Indian Army which helped sharpen his running skills.

Young Milkha first hogged the limelight when he outperformed 394 soldiers in a race and was selected for further grooming and training. That eventually laid the base for him to become a legendary sprinter.

Milkha represented India at the 1956 Olympics in Melbourne, the 1960 Olympics in Rome, and the 1964 Olympics in Tokyo. He was the first Indian athlete to claim a gold medal in the individual athletics category at the Commonwealth Games before the sprinter's record was broken in 2010.

Milkha, who is regarded as one of the world's greatest athletes, defeated Pakistan sprinter Abdul Khaliq in a 200-Metres race to win a gold medal in Tokyo Asian Games. Khaliq was the fastest man in Asia in 1958 and after Milkha defeated him, the Indian sprinter was given the title of "The Flying Sikh".

Prior to that race, Milkha had won the gold in 400 metres while Khaliq had clinched the gold medal in 100 metres and with the Indian sprinter winning the 200 Metres race, he took the honour of then "Asia's best Athlete".

The race for which Milkha is fondly remembered is his fourth-place finish in the 400 metres final at the 1960 Olympic Games in Rome. He had entered as one of the favourites in the showpiece event.

During the race, Milkha was leading the charge before he lost momentum and was overtaken by the other sprinters. According to the Athletics Federation of India (AFI), various records were broken in the race, which required a photo-finish and witnessed American Otis Davis being declared the winner by one-hundredth of a second over German Carl Kaufmann.

Commenting on the race, he had told AFI: "I started the race very well and was leading at 250 metres. A strange thought came to my mind...'am I running too fast? Will I be able to finish the race with this speed?' So I slowed down and dropped my speed and the rhythm with which I was running. As you know once you drop the rhythm, it is hard to regain it."

"The other athletes who were trailing overtook me and I was left yards behind them. I went mad, and tried to cover up, but it was too late. I lost the bronze medal to Malcolm Spence of South Africa whom I had beaten in the 1958 Commonwealth Games. The thought that I lost a medal in the Olympics in this manner still haunts me. It was the biggest blunder of my sports career."

The Indian sprinter's fourth-place time of 45.73 became the national record and was unbroken for almost 40 years. The legendary athlete is a four-time Asian Games gold-medallist and 1958 Commonwealth Games champion.

In 2013, Bhaag Milkha Bhaag, a film on the legendary sprinter was made to showcase his incredible struggle from being an orphan to becoming one of the greatest athletes of all time.

Bollywood actor Farhan Akhtar essayed the role of 'The Flying Sikh' in the biographical drama. It was through this movie that the sprinter attracted more fans and the young audience got to know about the legend of the man.

He still is the only Indian athlete to win Gold in the Asian and Commonwealth Championship. He was awarded the Padma Shri, India's fourth-highest civilian honour, in recognition of his sporting achievements. (ANI)