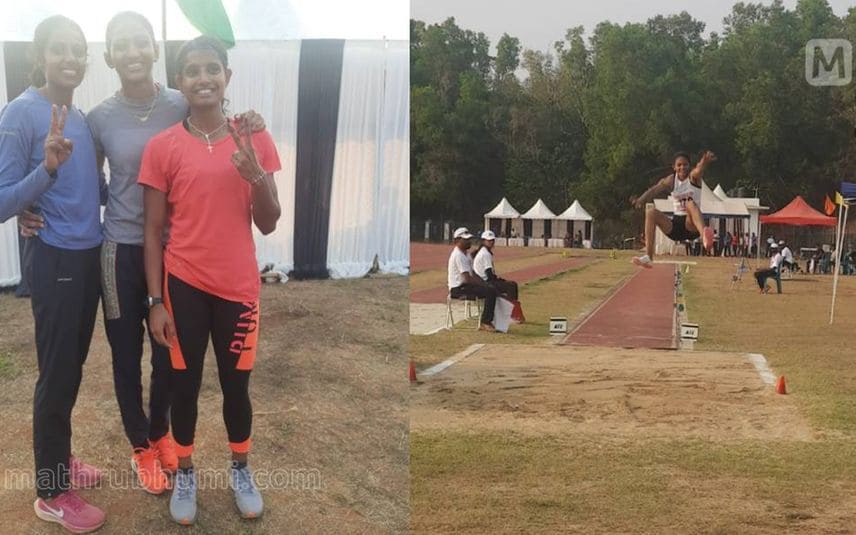 Kozhikode: Kerala's Nayana James won a keen battle for the women's long jump gold with Ancy Sojan on a day when the podium finishers, including Sandra Babu, accounted for as many as 11 jumps past the 6m mark on the third day of the 25th Federation Cup Seniors Athletics Championships here.

Jyothi Yarraji, an Andhra Pradesh athlete who trains in Bhubaneshwar, dominated the women's 100m hurdles final, winning in a wind-aided time of 13.08 seconds, faster than the National Record, to grab the spotlight on Monday.

As her luck would have it, Monday's time will not be considered as the National Record since there was a tail-wind of 2.1m/s, slightly above the permitted limit at the C.H Muhammed Koya Stadium here.

Jyoti has been credited with a time of 13.03 seconds in the inter-university championships in January 2020, but the Athletics Federation of India (AFI) did not ratify that as the National Record as she was not tested for doping. Anuradha Biswal set the National mark at 13.38 seconds on September 8, 2002.

The 22-year-old Jyothi glided over the hurdles with ease to secure herself a second 100m hurdles title at the National-level, her maiden victory having come in the National Inter-State Championships in Lucknow in August 2019 when she beat C Kanimozhi. In the heats on Sunday, the Andhra Pradesh sprinter claimed the meet record with a time of 13.43 seconds.

Despite beginning with a no-mark, Nayana James was the most consistent jumper, topping two 6.41m efforts with a 6.47m try on her fifth attempt. Ancy Sojan opened with 6.33m but did not find the rhythm to go better.

Competing for the first time since the Olympic Games in August last year, javelin thrower Annu Rani (Uttar Pradesh) went past the qualifying standards for both Commonwealth Games and Asian Games with two throws past the 60m mark. Each of her six efforts were good for gold on Monday, with 61.15m off the fifth attempt being the best of the lot.

Tajinderpal Singh Toor won the men's shot put gold but his quest for his first 20m effort in the competition since June 2021 remained unfulfilled. He had just one effort over the 19m mark, his 19.14m on the second try was good to seal gold as it was 5cm farther than the best that his Punjab team-mate Karan managed on Monday.

Late in the evening, his State-mate Komal Chandrakant Jagdale attained the qualifying mark for the Asian 'ames in the women's 3000m steeplechase. Racing against the clock, she came home in a personal best time of 9:47.86.

Mohammed Afsal (Kerala) and Anu Kumar (Uttarakhand) produced identical times of 1:51.00 to lead the qualifiers for the men's 800m final. The 2018 Asian Games gold medallist Manjit Singh too made it as one of the two fastest losers from the three heats.

Lili Das (West Bengal) lined up for a double when she topped qualification for the women's 800m final.

The 2018 Asian Games heptathlon gold medallist Swapna Burman (West Bengal) topped the charts after four events. She has a total of 3384 points, picking up the highest of 1003 points after clearing 1.82m in the high jump.

Kerala's Mareena George and Sonu Kumari (Haryana), separated by 22 points, were in the second and third places but well behind the leader.