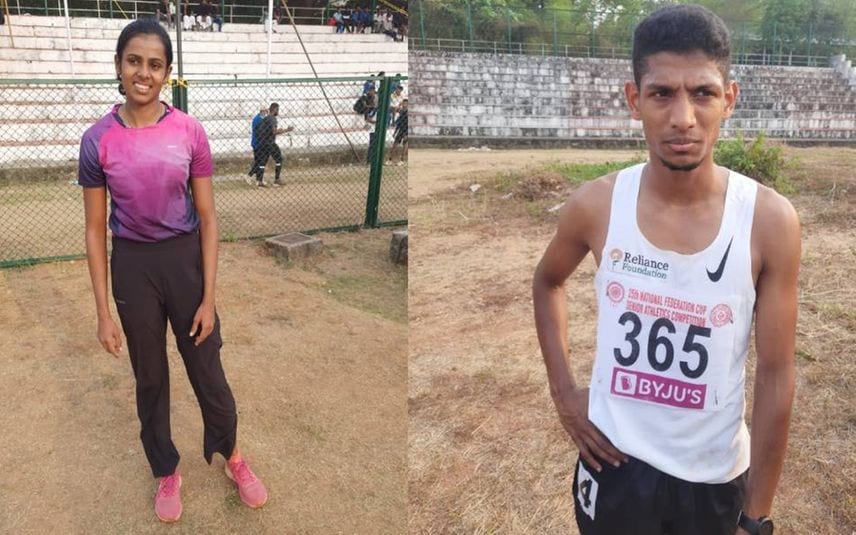 The 29-year-old Kirpal Singh Batth, whose previous best of 59.74m was recorded in Hyderabad nearly six years ago, has breached the 60m barrier for the first time with a good string of throws.

Twice last year, he went close to the 60m but he had to wait until Tuesday to keep his tryst with that milestone, which has been luring discus throwers since Vikas Gowda's retirement from competition.

A notable feature of his throwing on Tuesday was consistency. Four of his attempts saw the discus soar past the 60m mark, two of them breaching 61m as well. His first and last throws were over 59m, giving him a series to remember. His best effort, 61.83m, was just a bit short of making him only the third Indian male athlete to hurl the discus past 62m.

Delhi's Chanda came up with a start-to-finish effort to win the women's 800m in 2:02.11 while Lili Das (West Bengal) produced a kick over the last 100m to rise from fifth place to take the silver and also earn a time that was better than the Asian Games qualifying mark laid down by the Athletics Federation of India. Krishan Kumar (Haryana) won the men's race but the Asian Games qualifying standard was just out of his reach on Tuesday.

The Pole Vault competition saw four athletes clearing 4.90m, with S Siva and Gokul Nath both being awarded a gold medal each while A Gnana Sone had to settle the bronze while Uttar Pradesh's Deepak Yadav bid to stop Tamil Nadu from claiming all podium spots was in vain as he took the fourth spot on countback.

MP Jabir (Kerala) and Ayyasamy Dharun (Tamil Nadu) led the eight qualifiers for the 400m Hurdles final by dipping in under 52 seconds. Santhosh Kumar cruised to victory in the other heats to raise expectations of a keen final. The disqualification of R Vithya Ramaraj (Tamil Nadu) due to a foul start left Kerala's R Arathi and Anu Raghavan as the only women hurdlers to clock sub-1 minute times in the heats.