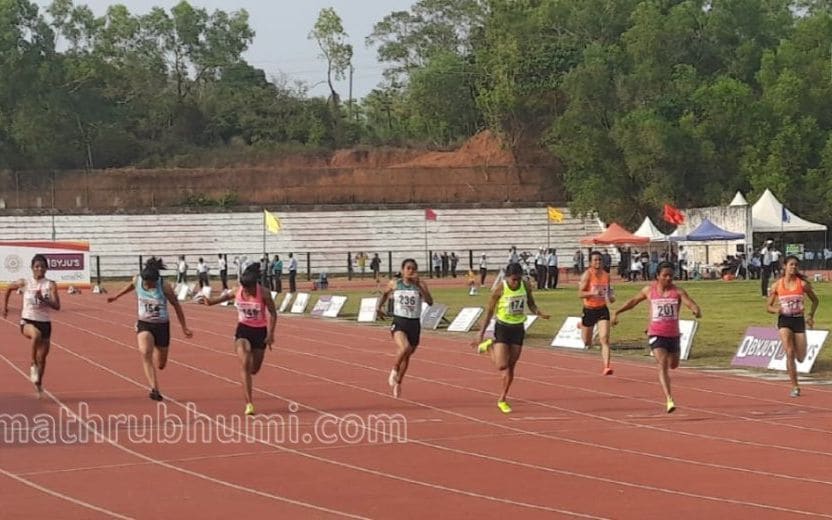 Thenjipalam (Malappuram): Shivakumar, hailing from Tamil Nadu, finished in 10.37 seconds in the men's 100m race to win gold in the 25th AFI Federation Cup Senior Athletics Championships at the C.H. Muhammed Koya Stadium here on Sunday. At the same time, Elakkiya Das had to settle for silver. Harijit Singh of Punjab bagged the bronze medal by finishing in 10.43 seconds. KP Ashwin of Kerala finished last in 10.77 seconds. Despite winning gold, Sivakumar failed to qualify for the Asian Games, World Athletics and Commonwealth Games.

Meanwhile, Dyuthi Chand bagged gold in the women's 100m. Though she won the medal, she only managed to finish the race in 11.49 seconds. MV Jilna of Kerala won silver in 11.63 seconds, and NS Sini bagged bronze. But no one has been able to surpass the qualifying marks for the Asian Games, the World Championships or the Commonwealth Games.

In the women's 400m race, Maharashtra's Aishwarya Kile won the gold with a new record of 51.18 seconds. She broke the record set by Nirmala Sharon. Poovamma won silver in 52.70 seconds, and Dandi Jyothika of Andhra Pradesh won bronze with a time of 53.90 seconds. Jisna Mathew of Kerala only finished fifth in 54.54 seconds.

In the men's 400m, Rajesh Ramesh of Tamil Nadu won the gold in 46.45 seconds. The silver went to Akash Kumar of UP. Kerala's Nirmal Tom won the bronze medal by finishing in 46.81 seconds. Kerala's Mohammad Ajmal finished fourth in 46.92 seconds.

Ajay Kumar of UP won gold in the men's 1500m. The silver went to Rahul of Delhi and Jinson Johnson of Kerala won bronze.