As with all festivals, Onam too has a plethora of customs and rituals associated with it.

Onam, the state festival of Kerala, is celebrated with gaiety and fervour by Keralites all over the world. Though Onam is a harvest festival of the agrarian societies of yesteryears, the festival is still celebrated with enthusiasm and vigour by the present generation, though in a contemporary way. As with all festivals, Onam too has a plethora of customs and rituals associated with it. Below are some of the customs and rituals associated with Onam. Some of the customes are very much followed now while some of them bring back memories of a bygone age.

Onapottan is a folk character that appears during Onam season in North Malabar region. The face of the character is painted and he dons a crown (Kireedom). The Onapottan holds a bell in his hand. An umbrella made of palm leaves held on the other hand completes the attire. Onapottan visits houses during Onam season and showers his blessings. The folk character is very rarely seen these days and is restricted to villages.

Pulikkali is a folk art practised mainly in Thrissur district on the fourth day of Onam. Thousands of people gather in Thrissur city to watch performers painted like tigers and hunters in different shades of yellow, red and black. The performers will dance to the beats of instruments like Udukku and Thakil taking the audience to a frenzy.The Pulikkali dancers portray the scenes of tiger preying on its victim and the hunter hunting a tiger. The Pulikkali groups that come from different parts of Thrissur move in a procession through the streets of Thrissur. They later assemble at Swaraj round.

Kummattikkali is a dance form practised in Thrissur and Palakkad districts and also in south Malabar during the Onam season. The performers visit houses to entertain people and receive gifts in return.. The dancers don colourful costumes. The wooden mask worn by the dancers depict the faces of mythological characters of Krishna, Narada and Kiratha. The dancers hold a long stick of a residuary agricultural produce called'Kummattikali' in local parlance. The dance derives its name from this. Onathallu is the bare- fist fighting matches conducted during Onam. It is conducted for fun and is performed mainly in central Kerala. Two contestants grapple each other and exchange blows and try to bring down the opponent. The audience cheers the fighters to increase their competitive spirit. 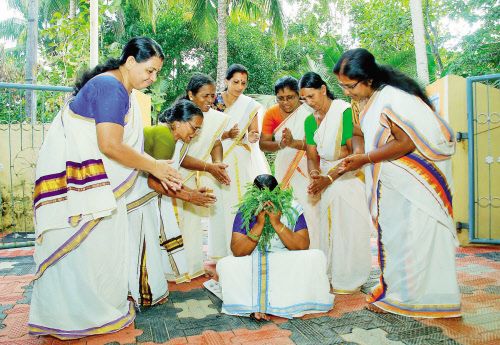 Thumbi Thullal is a dance performed by women during the onam season. The art form, which was practised widely during Onam in the olden days, it is seen rarely these days. Six to seven women wearing traditional attire take part in Thumbi Thullal. They form a circle with the main perfomer called Thumbi (dragon fly) sitting in the middle of the circle. She will hold a bunch of Thumba flowers. The main performer sings a fast paced song and the other dancers sway to the song. Later, the pace of the song increase and the main performer brushes the floor like a possessed person. Towards the end of the song, the tempo decreases and the singing stops. The custom is rarely practiced in the villages of Kerala nowadays and is restricted to fairs and exhibitions.

Though Thiruvathirakali or Kaikottikali is a dance perfomed by women in groups for everlasting marital bliss on Thiruvathira day, it has become a regular feature during Onam celebrations nowadays. The women dress in traditional Kerala attire dance around a traditional lamp. The dance form signifies joy and happiness as it shows the emotions of a married woman towards her husband and of the unmarried woman to beget a good husband. 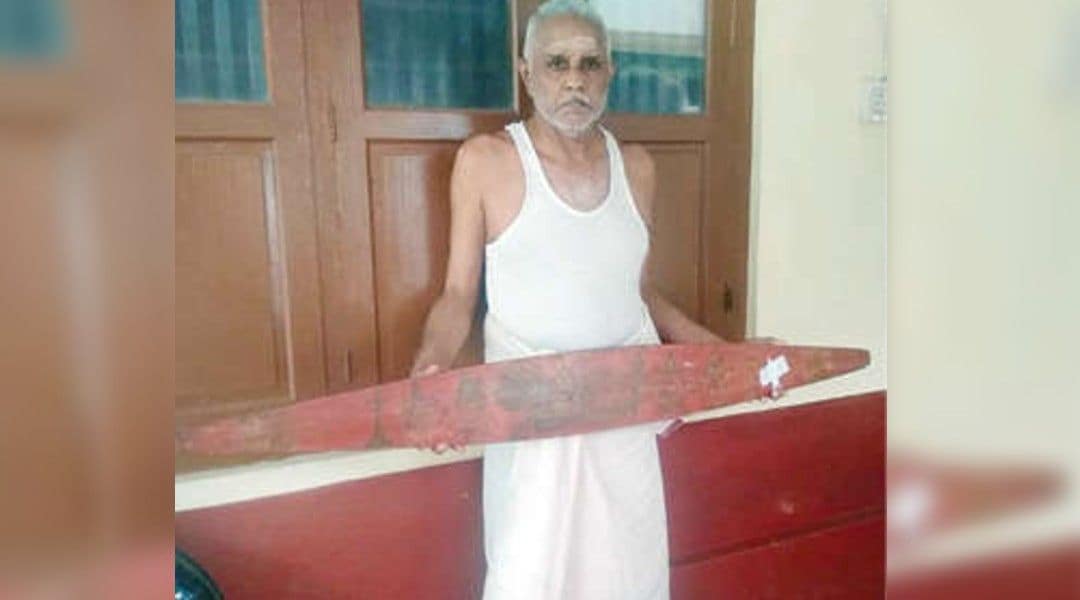 Onavilly is a short bow-shaped string instrument used in dances during Onam. The instrument is used to accompany folk dances like Kummattikali. It is made from the pith of the palmyra stem or from bamboo. Bamboo slivers are used for bowstrings. Then there is the ceremonial onavillu, which is made from a flat piece of wood. The ceremonial villu is used in ceremonies involving lord Vishnu. A large number of devotes vist Sri Padmanabha Swamy temlple in Thriruvananthpauram on Thiruvonam day to participate in Onavillu Charthal, which is a dedication ceremony of colourful bows.

CUSTOMS AND RITUALS OF ONAM

Celebrate Onam with these ‘out of the box’ payasam recipes

Women are always obsessed to look the best ...

This year, students welcome Onam with all ...