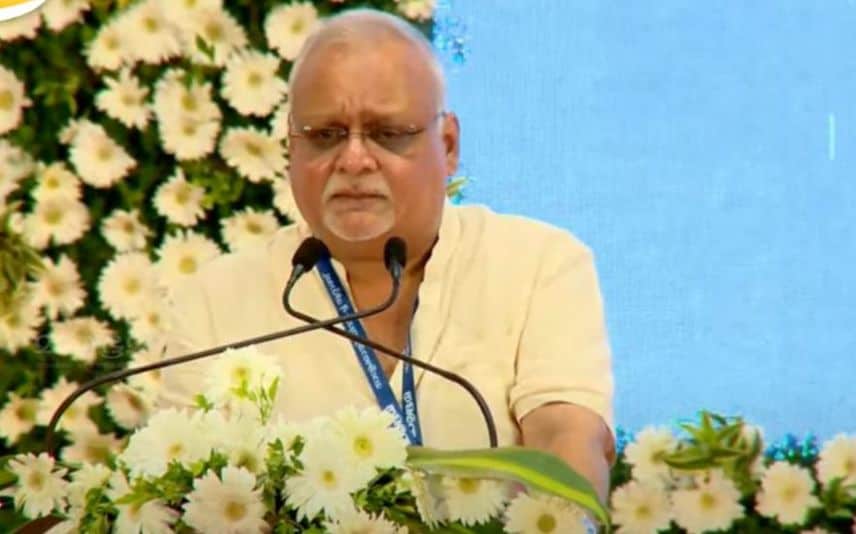 Kozhikode: Mathrubhumi Managing Director MV Shreyams Kumar asserted that the firm will continue to practice its media ethics of standing by the people. He was addressing the centenary celebrations of Mathrubhumi here on Friday.

“A team including KP Kesava Menon, K Madhavan Nair and Kuroor Neelakandan Namboothirippad founded Mathrubhumi as directed by Mahatma Gandhi during the independence movement. Mathrubhumi started its publication by upholding the values of truth, equality and freedom. Along with India’s freedom, Mathrubhumi also took the responsibility of ensuring equality in society. Because of this, Mathrubhumi played a major role in Kerala’s social reform movements. Mathrubhumi is an organisation which always stood for truth,” said MV Shreayams Kumar.
He also condemned fake news as a challenge in the world.

“Nowadays, fake news is largely circulated. Media houses like Mathrubhumi are striving to communicate authentic news to the people. The definition of equality also changed. At present, we are witnessing strong movements for gender equality. Mathrubhumi is also a part of such movements,” he added.

Mathrubhumi will be remembered for its fight against social evils, says V Muraleedharan