Mathrubhumi, a perfect platform for cartoons 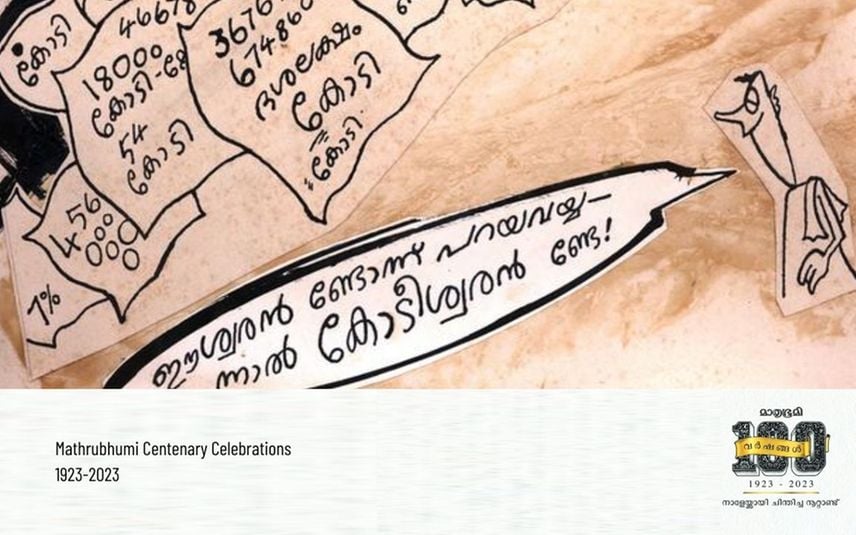 The first cartoon was published on May 9, 1954. It featured Hitler’s defeat in the second world war. The cartoonist sketched an image of Hitler who was trapped inside his autobiography ‘Mein Kampf’. The interesting cartoon was viewed in different ways by the readers. During those days, the name and details of the cartoonist were not published.

In July 1951, Mathrubhumi carried a cartoon published on Sanker’s Weekly by giving credits to the magazine. The cartoon portrayed an image of Nehru who is all set to face his enemies with a stick and torch. It also carried his quote saying ‘fight against communalists is inevitable'.Later, Mathrubhumi continued to publish cartoons of Sanker’s Weekly.

On November 17, 1953, Mathrubhumi published Malayattoor Ramakrishnan’s first cartoon. MV Devan’s cartoon strip ‘Aanamutta’ was first published on December 6, 1953. It was a narration of a story with 8 sketches that carried dialogues. 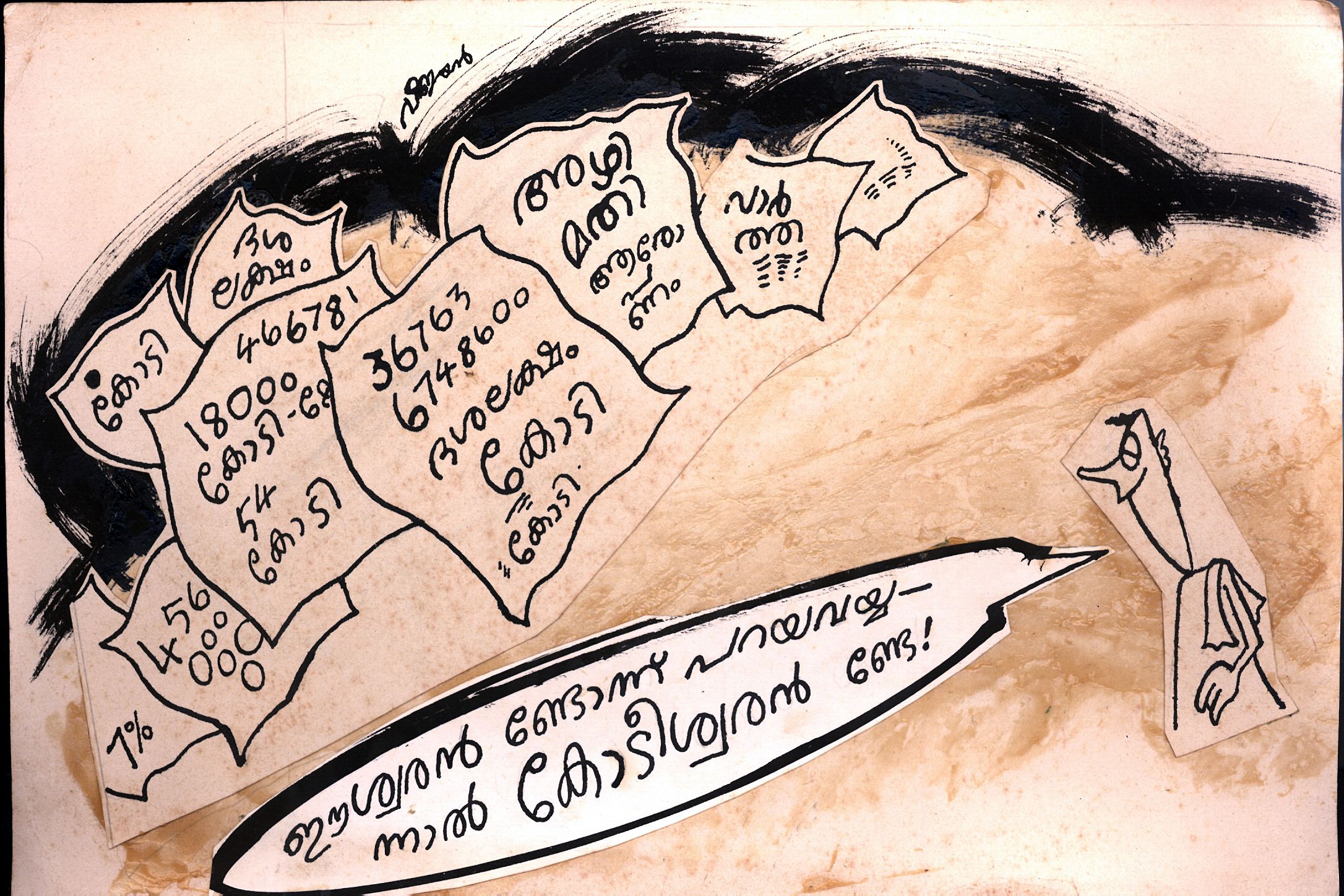 In 1953, Mathrubhumi started publishing Sivaram’s pocket cartoon series ‘Kunjammaman’. It was published every Sunday on the last page till September 22, 1957.

In 1958, Mathrubhumi published a cartoon titled ‘Latha’. A cartoon strip titled ‘Membodi’ was also published in Mathrubhumi weekly during this period.

MV Devan’s first cartoon was published on July 3, 1959. Devan’s cartoon portrayed an upset EMS who is anxiously sitting on a chair when the central government was gearing up to suspend his government. Its title ‘Anthyakalam’ also grabbed attention.

Cartoonist A.S who joined Mathrubhumi as Devan’s predecessor published his first cartoon in July 1960. His cartoon series on ‘Vimochana Samaram’ (Liberation Struggle) was published in Mathrubhumi for 13 continuous days.

The first landmark pocket cartoon in Mathrubhumi was ‘Naniyammayum Lokavum’ by Namboothiri. The first cartoon in this series was published on July 20, 1960.

On July 13, 1962, Mathrubhumi published OV Vijayan’s cartoon on the front page for the first time. It was the beginning of a new cartoon era that communicated politics, satire and concerns. When Kerala Varma’s pocket cartoon titled ‘Bharatha Darsanam’ got placed on the first page, ‘Naniyammyude Lokam’ shifted to the inner page.