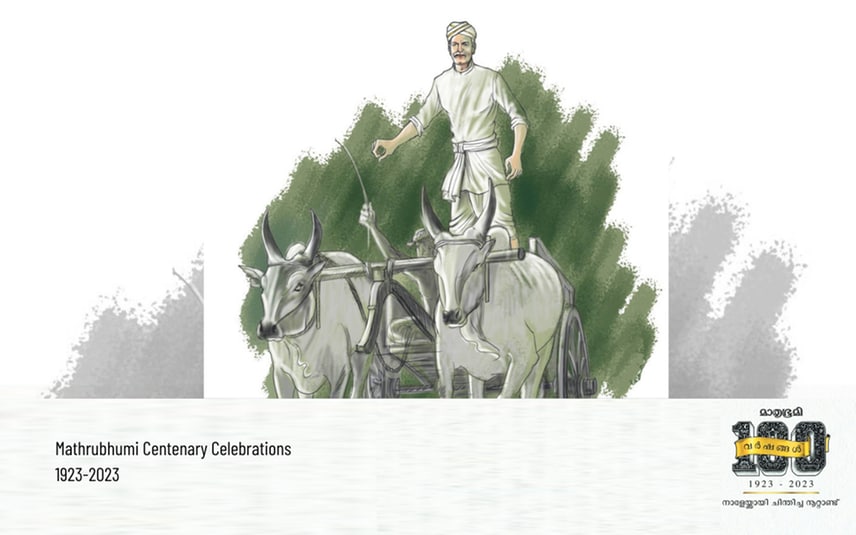 Mathrubhumi has given importance to Ayyankali’s movement like promoting the meeting between Mahatma Gandhi and Sree Narayana Guru.

An article that featured the 60th anniversary of Mahatma Ayyankali’s meeting with Gandhiji at Venganoor begins like this:

‘Kovalam: Ayyankali’s homeland is all set to celebrate the anniversary of a very rare occasion. The incident at which Gandhiji arrived in Kerala to meet Ayyankali, the 'King of Pulayas' turned 61 years. Mahatma had visited Ayyankali when he was conducting a pilgrimage in Travancore following the temple entry proclamation. Those were the days which proffered light in the lives of marginalised sections of the society. Ayyankali and Gandhiji embraced each other and shared happiness.’

Then KR Velayudhan, who was the elder brother of former Indian president asked Gandhi, ‘What will you give us if India attains swaraj (self-rule)?’ Without thinking for a while, Gandhi replied, ‘The nation will appoint a ‘harijan’ as its president.’

Mathrubhumi had published the news of Gandhi’s visit also with utmost reverence. Mahatma had addressed Ayyankali as the ‘King of Pulayas’. Ayyankali was not a spiritual leader and not a sanskrit scholar like Chattambi Swami and Sree Narayana Guru. The caste discrimination prevailed in Kerala had left him uneducated. However, he was rich with knowledge driven from experiences.

Ayyankali was born as the son of Perunkattu Vilayil Ayyan and Maala in Venganoor. On an Onam day, he was playing with a ball along with his friends. When the ball unknowingly fell on the rooftop of the landlord’s house, the annoyed landlord came out of the house and showered abusive words at the boy. The humiliation in the name of his caste urged him to fight against the boundaries set by caste later.

Though he could not learn due to the restrictions imposed by the caste system, he learned some martial arts to make himself capable for the future fight. He formed a volunteer organisation of the Pulaya youth too. The fierce protests led by Ayyankali for the freedom of the downtrodden shook the caste system in Kerala.

In a period when the Pulayas were not even allowed to walk through the streets or major roads, Ayyankali bought a bullock cart and travelled on it by challenging the caste codes of the time. The incident that inspired many revolutionary movements later was happened in 1893. On all these times, Mathrubhumi stood with Mahatma Ayyankali and his principles then.