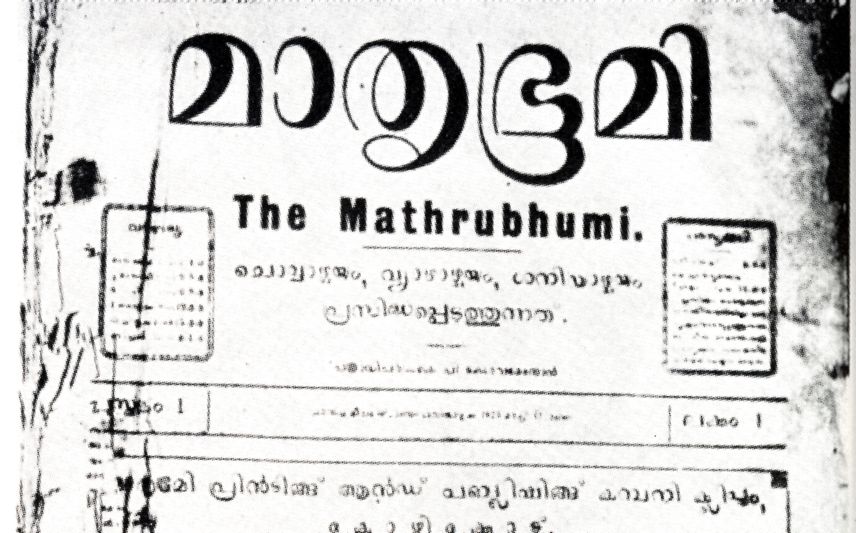 When Mathrubhumi surfaced the fierce story of Kamalabai Prabhu, the sepoys were taking her to Velloor prison. Kamala Bai was not an unknown name in the history of the Indian independence struggle. Apart from being the wife of freedom fighter LSS Prabhu, who hailed from Thalassery, Kamalabai became a dominant voice of women in the forefront of protest in Kerala. She was also the daughter of scholar Sheshagiri Prabhu. Kamala and AV Kuttimalu organised ‘Sahana Samaram’ in Thalassery and Kozhikode amid the national civil disobedience movement.

When they were arrested, Kuttimalu Amma, who was one of the directors of Mathrubhumi went to the prison holding her two-month-old baby.

Kamalabai, Madhavi Amma and Sambhaviya were produced before the Thalassery sub-divisional magistrate over charges of violating the law of the British government. The magistrate who was also a British sentenced Kamalabai to 6 months imprisonment and slapped a fine of Rs 1000. Though she refused to pay a fine and informed the court that she would prefer to be jailed for a longer period, the magistrate denied it and ordered her to submit her jewellery.

The magistrate didn't even spare her ‘thali’. Kamalabai requested not to snatch away her thali which is pious as per the tradition. But the court did not heed her request. Kamalabai asked Madhavi Amma to untie the chain for her as she did not want the Englishmen to grab the ‘thali’ from her. After receiving Kamala’s whole jewellery, the magistrate mocked her and asked “What would you do if the Indian women get raped at the prison?” Kamala’s furious stare was the reply for the magistrate.

Mathrubhumi reported this news on January 27, 1932. The editorial published in the paper condemned the magistrate’s action: ‘Englishmen’s manners, especially to women, has always been well-known. Would it be like this when they show an example of the same in India?’

The editorial opened the shunned eyes of the officials and the magistrate became compelled to give back the ‘thali’. But Kamala refused to accept the ‘thali’ which was once snatched away from her.