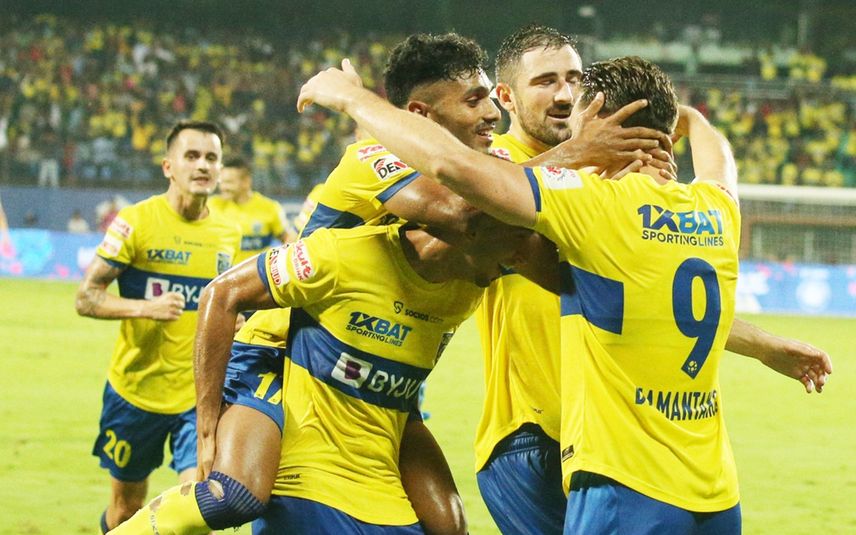 Kerala Blasters registered their third win of the season on Sunday as they scored thrice against FC Goa. With their 3-1 win, Blasters climbed to the fifth spot in the points table of the Indian Super League (ISL). Blasters currently have 9 points from 6 games.

Captain Adrian Luna gave Blasters the lead at the 42nd minute. Dimitrios Diamantakos increased the host’s lead with a penalty during the extra time of the first half. Ukrainian midfielder Ivan Kalyuzhnyi made it 3 at the 52nd minute.

Goa’s only goal was scored by Noah Sadaoui in the 67th minute.

Kerala Blasters will play their next match against Hyderabad FC at the Gachibowli stadium.

Goa are currently fourth in the league with 9 points.

The two teams have locked horns 16 times in the ISL, and the Blasters were winless in the last ten. The Gaurs have clinched the win on nine occasions while the Blasters have won just thrice. Four games have ended in draws, including the last three encounters.