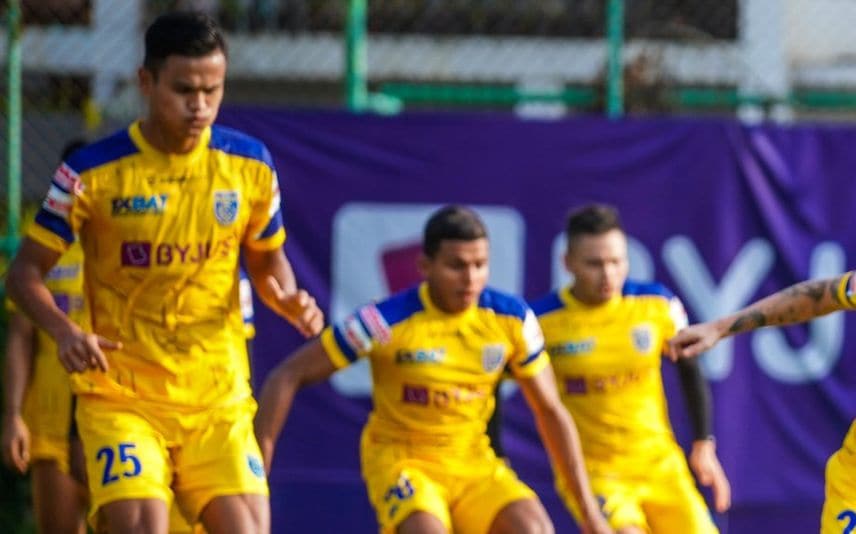 Kochi: After securing their first clean sheet of the season against NorthEast United last week, Kerala Blasters FC will be looking to keep the FC Goa attack at bay when the two sides meet in the Indian Super League (ISL) at the Jawaharlal Nehru Stadium in Kochi on Sunday.

Kerala Blasters have won just two out of five games so far this season. A substitute has come off the bench and bagged a brace in both victories. Ivan Kaliuzhnyi netted two in the win against East Bengal on the opening day, while Sahal Abdul Samad scored a couple after coming on against NorthEast United in the second half. Another goal for Kaliuzhnyi will take him to the top of the goals chart. Currently, the Ukrainian is level with ATKMB's Dimitri Petratos. Head coach Ivan Vukomanovic is likely to field an unchanged XI against FC Goa.

"Games against teams at the bottom of the table are the most difficult. If you are not ready and underestimate the opponent, you lose. I was happy to see how the boys reacted in that game," Vukomanovic was quoted as saying by ISL.

"Tomorrow we are facing one of the best teams in the league. They like to keep possession, are physical, and it will be a very hard and interesting game where both sides want to win," he added.

FC Goa have lost one game out of four so far. The Gaurs have the best defensive record at this point, having conceded only two goals. Three points against the Blasters will see them hop back into second place with 12 points, just four points off Hyderabad FC with a game in hand.

In their last game, FC Goa netted three past the ISL 2021-22 Shield winners Jamshedpur FC. The Gaurs kept a clean sheet despite losing centre-back Mohamed Fares Arnaout to injury just ten minutes into the game. Midfielder Glan Martins came on and played as a makeshift defender alongside Anwar Ali.

"I'm happy with the performance [against JFC]. We still have to improve a lot of things because we did not capitalise on a few opportunities that came to us in both halves. It is all part of the process," said Pena. "Now we have a new game against a new team with different characteristics in a new environment. We will try to adapt, play the way we do and aim for all three points," he added.

The two teams have locked horns 16 times in the ISL, and the Blasters are winless in the last ten. The Gaurs have clinched the win on nine occasions while the Blasters have won just thrice. Four games have ended in draws, including the last three encounters. (ANI)