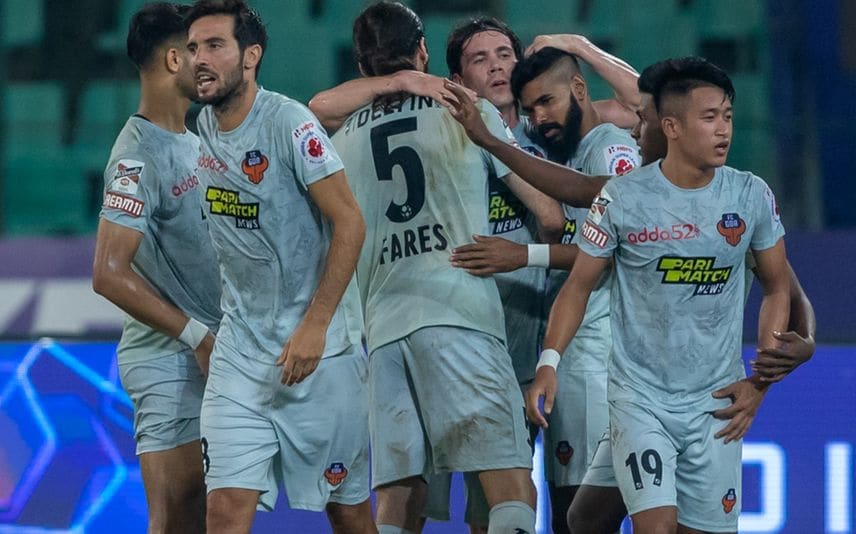 Chennai: FC Goa secured a 2-0 win over Chennaiyin FC at the Jawaharlal Nehru Stadium in Chennai on Friday to maintain their unbeaten record in the Hero Indian Super League 2022-23.

Midfielder Noah Wail Sadaoui first assisted Redeem Tlang in the 10th minute and then added the second goal in the injury time to earn full points for FC Goa. This is the second win for Goa this season in as many games.

While both the teams started quite aggressively, sharing almost equal possession, it was FC Goa who managed to take an early lead. Winger Tlang gave the visitors an advantage when he headed a Sadaoui cross perfectly into the net.

Chennaiyin, however, kept pushing and created several goal-scoring opportunities but couldn't manage to find the back of the net. One such breathtaking moment came in the 20th minute when Prasanth Karuthadathkuni beautifully carried the ball on the right wing and gave it to Rahim Ali inside the box.

FC Goa's goalkeeper Dheeraj Moirangthem, however, pushed Rahim's shot away onto the crossbar before it rebounded and fell to Petar Sliskovic, whose volley once again saved by the glovesman.

The Moroccan footballer Sadaoui took the game further away from the hosts when he smashed the second goal for Goa in injury time.

Chennaiyin head coach Thomas Brdaric rued missed chances and remarked, "We couldn't mark the players. Lack of concentration in the beginning, but it was a good bounce back then we didn't have luck scoring. We have to improve next time. Football is decided in the box and today we were not able to score in the box. We need to be effective," as quoted in a statement by Indian Super League.

Chennaiyin FC will now travel to Kolkata for an away game against East Bengal FC on November 4 while Goa will take on Hyderabad FC on October 29. (ANI)